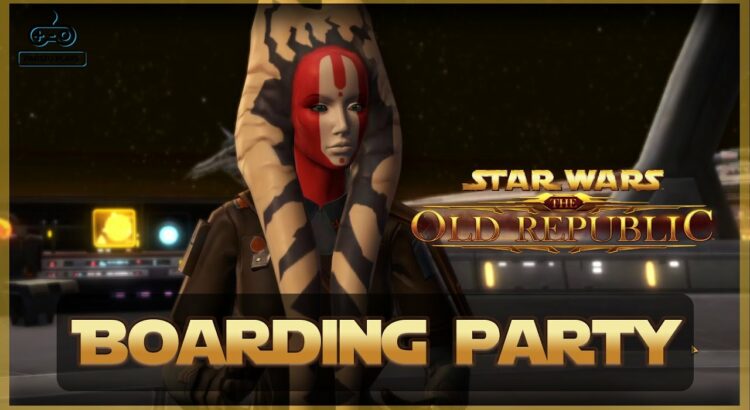 The Star Wars: The Old Republic (SWTOR) flashpoint “Boarding Party” is a thrilling group content experience for players at the max level of the game. Set on the planet Taris, players must work together to infiltrate a Sith warship and disable its weapons systems before the ship can launch an attack on the Republic.

Upon arriving on Taris, players are greeted by the Republic Special Forces, who provide the necessary intel and equipment for the mission. The flashpoint begins with players sneaking their way onto the Sith warship through the cargo hold, taking out any enemy guards they encounter along the way.

Once inside the ship, players must navigate through tight corridors and defeat waves of Sith troops as they make their way to the weapons control room. Along the way, players may encounter mini-bosses and challenging enemy units that require coordination and strategy to defeat.

One of the standout features of the “Boarding Party” flashpoint is the use of environmental hazards, such as electrical panels and explosive barrels, that players can use to their advantage in combat. Players can also hack into security systems to disable enemy turrets and gain access to locked doors.

In the final encounter of the flashpoint, players must face off against the Sith ship’s captain, a formidable opponent who will test the limits of even the most experienced groups. Once defeated, players can disable the weapons systems and complete the flashpoint, earning valuable rewards and bragging rights among their friends.

In addition to the exciting gameplay, “Boarding Party” also features immersive storytelling and top-notch voice acting, further immersing players in the world of SWTOR. Players will encounter familiar characters from the main storyline and learn more about the ongoing conflict between the Republic and the Sith Empire.

Overall, “Boarding Party” is a must-play experience for fans of SWTOR and group content in general. Its combination of challenging gameplay, environmental hazards, and immersive storytelling make it a standout among the game’s many flashpoints. Players will need to bring their best skills and strategies to the table in order to emerge victorious in this thrilling mission.