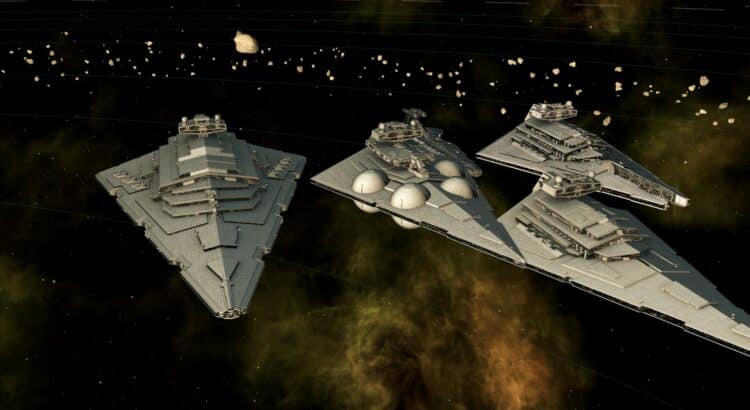 The Empire has joined the Galactic Republic. Here’s the next installment from Intrepid Dawn, #7 of Preparing for War. This series follows the story of an Imperial assault. It plays out like a TV drama and you’ll be excited for the next episode once you get hooked. If you’re familiar with the series, here’s episode 7. If this is your first intro to it, check out the links below and start from episode 1. Stellaris has new episodes every five days so head on over to YouTube and subscribe if you want to stay up to date on everything that’s coming out.

“Stellaris – Star Wars: Imperial Assault – Preparing for War #7. This is an interactive/cinematic Let’s Play with a full Star Wars conversion Mod for Stellaris. Each episode will have a lead in with motion graphics recapping the action and bringing a level of polish to the viewing experience.””

“Our interactive/cinematic Star Wars total conversion playthrough for Stellaris! Weekly content and viewer voting on the direction of the Empire. Comment and interact in the comments section to become a member of the Imperial Senate and gain influence in the galaxy!””

Senators! Don’t forget to join our Discord channel to keep up to date on events and connect with fellow Senators. https://discord.gg/ZNKU4HE