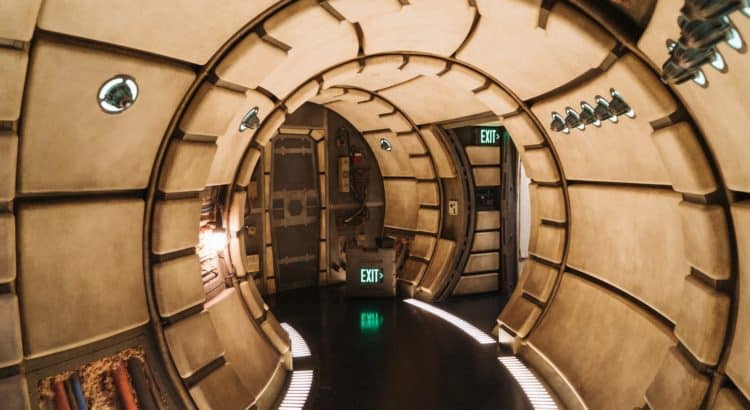 There are many betting and gambling references in movies, and Star Wars makes no exception. We’ve all enjoyed the large Star Wars universe over the decades, with its movies and comics, and one thing we noticed is a lot of gambling.

The franchise has a strong relationship with this industry, be it casino games, card games, racing, or all other sorts of games and gambling.

For example, the scene when Han Solo beats Lando Calrissian to win the Millennium Falcon is one of the most famous gambling references in the movies. And there even are actual planets with gambling activities on them.

Also, during the Clone Wars, gambling was widely legalized across the universe due to a law passed by senator Simon Greyshade.

Here are the four most popular betting activities in the Star Wars universe:

Speaking of that moment when Han Solo won the Millennium Falcon – it was at a game of Sabacc. Han visited Lando in the Cloud City in “The Empire Strikes Back”, and that is when we knew it.

The game is similar to Blackjack, and is one of the most popular card games in the Star Wars universe. The players have to hit Pure Sabacc, meaning 23 or lower, from a single hand. It is played between two to eight players, and it is a game of chance, and also skills.

But there is also a different version of the game, called Corellian Spike, using a pair of Star Wars Sabacc dice that helped Han win the Falcon, and are visible in the cockpit of the ship.

Card games were popular also in the capital of the desert world Cantonica, Canto Bight, where big money were bet at the tables.

Then there is the Canto Casino, located also in the Canto Bight city. In today real world, it would be similar to a big Las Vegas casino, but just on another planet.

Cantonica isn’t the only planet with a casino, being a lot of them in the Star Wars universe: Aerie Casino on Naboo, Balance Casino on Reaper’s World, Club Vertica Casino on Nar Shaddaa, Casino Royale on Vorzyd V, Coruscant Crown Casino on Coruscant, or the Crimson Casino on The Wheel are just some of them.

They may not be as popular as card games or casinos in Star Wars, but there are several slot machines there. For example, in “The Last Jedi”, a gambler mistakes droid BB-8 for a slot machine, at Canto Casino.

The actual slot is in fact Lugjack. These slot machines have three or more reels, and the gambler gets the chance to roll three times. Three identical sets of numbers will get the player the win. The Lugjacks are credit-operated and are entirely a game of chance.

Race betting is also popular in the movies. Sone of the most common racing activities for the gamblers were Blob (alien) races, Odupiendo (flightless birds across a circular track) races, Sun Jammer races, Sling races, or Swoop races.

There were barriers to race through, or vehicles powered by wind and sunlight, and also the fathier races. Other races used lightweight airspeeders, or just race vehicles across a circuit.

But the most famous is the pod race, in which are used spacecrafts that can reach huge speeds of over 700 kmph, while the track goes through dangerous canyons. “The Phantom Menace” is one of the movies with betting on pod racing, involving Anakin Skywalker. He is involved in the Boonta Eve pod race which takes place on Tatooine.

With all this being said, we notice the interest in casino games is present here too, so there is no wonder that in the real life there are hundreds or maybe thousands of casinos – land based or online – all competing to attract as many players as possible. For instance, there are generous online casino offers for new players just to help them get going with the games.