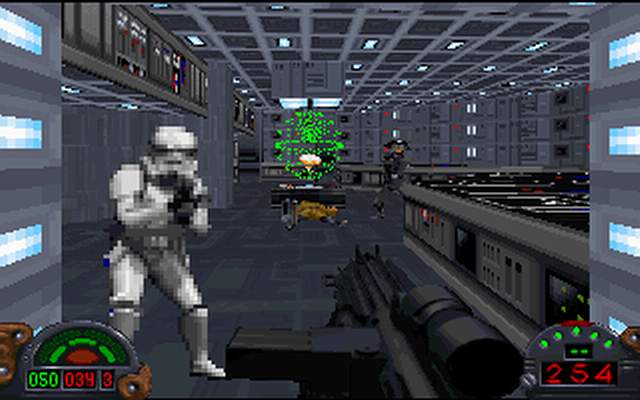 Well, not quite – but it sure feels like it sometimes. Since the 1980s, we have had a long string of video games based on successful movies that have failed miserably in getting even close to their source material. Some of these failed attempts are legendary – think of the thousands of “ET The Extraterrestrial” cartridges buried under garbage in a New Mexico landfill. Sometimes it feels like the only truly successful movie-based games are Canadian online slots like “Jurassic Park”, “Terminator II: Judgement Day”, and their likes that you can try at the All Slots Canada. These, along with some other titles – including “Jurassic World”, recently added to the All Slots game library – are being actively sought out and played even years after release by All Slots players that enjoy not only their theme but also their features. But otherwise, the history of movie-based video games is littered with failed attempts to transform an on-screen adventure into an interactive one. With one exception, of course – Star Wars.

The Star Wars franchise currently consists of nine movies (seven in the original storyline, one coming this December, and Rogue One: A Star Wars Story), several animated TV series and TV movies happening in the same universe (usually either involving Ewoks or Droids), and recent CGI series (Star Wars: “The Clone Wars”, and “Rebels”, that is still ongoing) with a live-action series said to be in the works. Besides, the saga has continued in print – in numerous novels and comic books, many of which have been declared “non-canon” recently – and in the form of video games.

Over the years, Star Wars has been spawned an incredible variety of video games. The list – that’s huge, by the way, even without the numerous fan-made games and shameless ripoffs – includes everything from first-person shooters to mobile apps, from shoot-em-ups to space simulators, from racing games to pinball simulators, from action-adventure titles to slot machines. And it includes Star Wars: The Old Republic, a massively multiplayer online role-playing game that is one of the most expansive such titles ever to be released.

A whole galaxy to explore

What does Star Wars have that other movie franchises don’t? Well, first of all, it takes fans to a galaxy far far away – much like heroic fantasy works do – which allows them a never before seen freedom to expand. It’s OK for them to invent a new species, a new planet, and link it to the main storyline by a few elements. This way, virtually anything can become a Star Wars game, ranging from crossovers like LEGO Star Wars to swordplay, flight simulators, and whatever else you can think of.

The future holds at least two new Star Wars games that we know of, although with not many details available at the moment. Respawn Entertainment, the company behind Titanfall is working on an SW title (probably a multiplayer first-person shooter), and Visceral Games, responsible for titles like Dead Space, Dante’s Inferno, and Battlefield Hardline, is also working on one that will probably involve a lot of laser blasters, lightsabers, and dead stormtroopers.