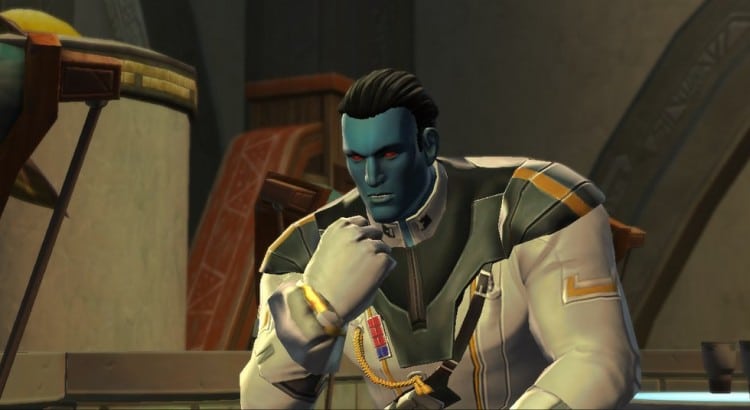 There is an interesting rumor floating around about “Star Wars Rebels”“. Being that I am a fan of the animated series, I am curious if there is any truth to this rumor. So before we get into it, be warned there might be some spoilers in this post. Avert yourself now if you’re not up to speed on Star Wars Rebels. StarWarsMaking.net has the scoop:

“I have heard that in Season 3 of Star Wars Rebels we will be introduced to none other than the original blue guy himself, Grand Admiral Thrawn from Heir to the Empire. From the sound of things, we’re going to see Thrawn as the tactical genius of capital starship warfare he was to Expanded Universe readers in the ’90s. However, this time he will be using his evil brand of genius against the the heroes of the starship Ghost.

The future of Star Wars Rebels will also feature an Ezra with a short haircut and a lightsaber similar to Obi-Wan’s/Luke’s second saber. It sounds like the timeline moves a lot closer to A New Hope and Ezra’s design will reflect that.”

This can really open up a lot of opportunities if it’s true. The story can grow from Expanded Universe to a post Return of the Jedi canon. There’s definitely a lot of room to go with this that can be very exciting for fans. You read more details about it over on their site. Again, for now it’s just a rumor but it is a rumor with some weight behind it. How would you feel about this happening?