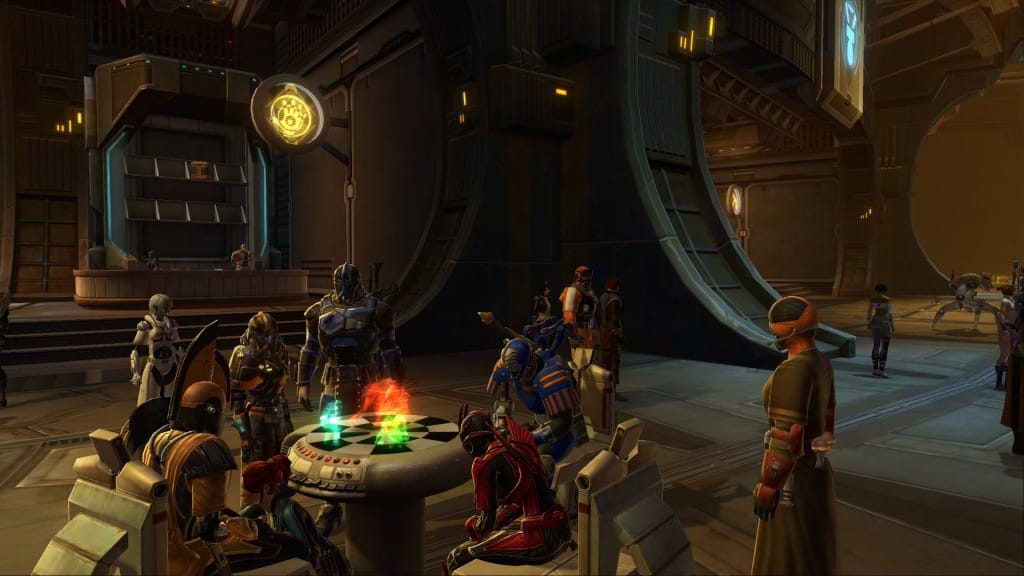 MMORPG.Com had the chance to interview Jeff Hickman & Bruce Maclean from BioWare, about Star Wars: The old republic. The article contains lots of new great info, and here is the most imortant information from the article put together by Thrives:

Here is a snippet:
Monday saw the answer to a question many fans of Star Wars: the Old Republic were having, which was, “We know you have the full-on Galactic Starfighter launch on Tuesday, but what’s going on for the rest of the year?” Senior Producer Bruce Maclean published a letter on swtor.com on Monday that laid out a roadmap for the future of the game for much of the rest of 2014. To add further context to the information in the letter, MMORPG was given an exclusive phone interview with BioWare Austin’s General Manager Jeff Hickman, along with Bruce himself, and Senior Marketing Director DebySue Wolfcale. We discussed the past year for Star Wars: the Old Republic, its present reality, and they teased us with some hints for the future of the game beyond the contents of Bruce’s Producer’s Letter.