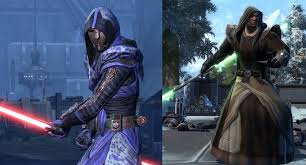 The Madness Assassin has been grossly revamped from its original state pre-xpac, which in turn has caused many players to become repulsed by its current playstyle. Due to the changes, Madness also suffered a dramatic hit in PvP, losing access to its Insta-Whirlwind utility and the loss of Maul procs which also goes to hurt its burst potential. In addition, the spec suffers from being far too easy to kill (having no true stealth benefits) with no real execution power to actually down targets beyond fluff damage, therefore making it seemingly a useless fighter on the field in comparison to what other classes / specs can do.

With no team utility, lack of kill power and absurdly low survivability, what exactly is the purpose of a Madness Assassin on the battlefield? Are there any plans to alter or change the viability of the spec in PvP?

At the time of this writing, here are the current 2.8 changes that affect Madness/Balance Assassins/Shadows:

Please remember that the notes above are still subject to change as we continue to develop the 2.8 update.

Both DPS specs of the Assassin: Deception and Madness currently suffer from their own unique hindrances that puts us behind on the DPS markers by a fair amount.

Whilst Deception may be performing alright in PvP, its PvE mirror isn’t exactly optimal, suffering from high fluctuations spawned by RNG elements such as the ability to land critical hits which may make or break Deception’s DPS output or the current rate limit’s incarnation. Due to its dependency on high surge talents or its random force regeneration mechanics, the spec can perform great when the stars align but when they don’t – it severely falls behind.

Then Madness’ target switching capability seems lacking whilst the rotation itself feels clunky, as if something is missing. It is the only spec that does not utilize the signature ability Maul and generally feels starved for force within its Thrash-spamming rotation. The top-end Madness ceiling feels low, relative to the balance norm, and looking at top damage dealers seen here or here on the Operations dummy and on a large number of boss fights confirms this. A burst filler such as Maul, Force Lightning, Shock or even a proc that triggers Assassinate could help to solve the missing link and raise the DPS ceiling in line with similar classes.

The stated intent of all DPS classes is to perform within the 5% bracket. Do you actually feel Assassins are performing up to par in that design intentl? Are there any plans to help us out in this area?

We do not believe that Assassins/Shadows are currently capable of dealing competitive sustained damage for endgame PvE content, and that is one of the things we are aiming to fix with the 2.8 update. The answer to the PvP question above contains a list of many potential changes to the Madness/Balance Assassin/Shadow that increase sustained damage. Our goal is to make Madness/Balance Assassins/Shadows a viable choice for picky Nightmare Operation group leaders once the 2.8 update goes live.

While Phase Walk finds a solid use in PvP or even for the Assassin Tank in PvE, the PvE DPS variants of the Assassin have practically no use for the ability. Outside a random escape or perhaps a near impractical situation, is it safe to argue this ability was solely formed for the tank or geared specifically for the Assassin’s PvP arsenal?

If so, are there any planned changes to make it more viable for the PvE DPS Assassin?

It is safe to assume Phase Walk was primarily designed for PvP, but that does not mean you could not lay it down where you know you might later need to be in certain encounters to save yourself a Force Speed cooldown and move to that location faster. We already have some distant plans to improve Phase Walk for damage dealing Assassins/Shadows in PvE (but we cannot let that cat out of the bag just yet), and we will also consider additional improvements to Phase Walk as well. We welcome your ideas in this regard, and we look forward to reading them in your replies.

I’d like to argue in favor of PvE dps phase walk.
No, it’s not the healer’s friend or the save-me it is for tanks or pvpers, but in some fights it can really give you an edge, allow me to provide some examples:
Dash: Set it inside the shield, if something goes wrong and you get knocked out, instant teleport back, minimal dps loss/sandstorm stacks
Titan: Place it on a rock, you can keep dpsing him up until launch is almost casted, the teleport to your rock, every other launch you can’t do this, but you CAN force shroud the damage = dps increase.

Olok: While you’re waiting for his shield, precast it near the droid you’re going for second, kill droid 1 – teleport – more dps
Dread Guard: HM/NIM, put your phase walk where you’re going for lightning field, teleport+force shroud at the last second for max dps (this boss has a fairly tight enrage timer as well, it’s no pre-nerf, but it can still happen)
Op IX: Place phase walk in middle for phase 2, deletion is no longer scary
Draxus: If you’re moving about, place phase walk where you’re going to be while the phase transitions (wave 4 is ending, place phase walk on steps, wave 5, go back and kill corrupter, phase walk back, more dps)
Zero: HM/NIM (kinda SM), place phase walk on Zero, never worry about mines again, IF you choose to stealth out to delete your mine, place phase walk AWAY from Zero, to teleport out of grav field
Brontes: Lots of things here, biggest I would say is quickly set up a phase walk by a droid as she transitions into clock phase, when you kill the droid before the phasewalk droid, you can teleport to the next one and buff your dps (good for this phase..)
Tyrans: Place phase walk away from the group… use it for inferno or simplification.
That’s all I got off the top of my head, my point is, while phase walk is no saber reflect, it’s still viable, BUT, the biggest problem it it’s cast timer, imo. If not for the cast timer it could be used skillfully on any fight with adds/transitions, while now the time you save teleporting might not always make up for the time you spent casting it… (Brontes is the big one there, in the example that I used, doing that COULD cause to be behind on the first droid, which is the worst droid to get behind on). I think if we lowered or removed that cast timer, phase walk could become a pretty badass skill for top tier fights that require speed and perfection.