A player posted this on Imgur and got me thinking about something: 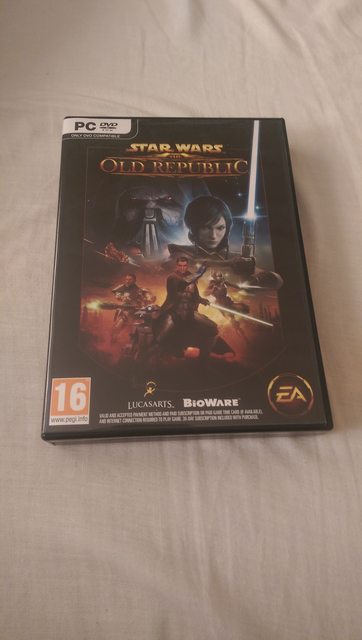 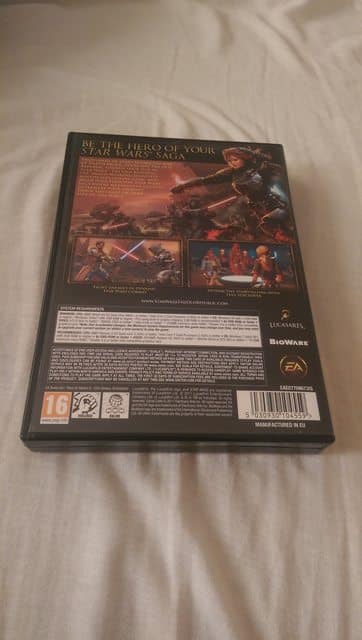 Do you still have your original SWTOR case?

I very clearly remember the countdown for the game. Some of you will know already that we spent years here writing about SWTOR even before the launch so it was a very exciting time to finally have the game coming out. Looking back on that game box image makes me think of those early days and the anticipation, combined with our excitement to finally be playing the game. It also brings up some thoughts about game boxes in general.

The topic of SWTOR game cases/boxes reminds me of a conversation I was having with a good friend recently. We were reminiscing on how we always saved our video game boxes back in the day. I had Collector’s Editions of everything I played when it was offered and I often kept the boxes on a shelf in my office along with the items that came with it. You would often get an in-game item along with a figurine, cards or posters, or some other real life items that showed you had purchased the CE. And it was cool! Sure, you had to pay more but you got something awesome with it and you could prove what a true fan you were. Hardcore collectors might have years’ worth of cases, boxes, and memorabilia of their favorite games. You could easily create an awesome “gamer cave” room full of your favorite stuff.

I now have over 300 games on my Steam account and I do admit that I love the ease with which we can get games these days. I also like that digital downloads are cheaper, there are often awesome sales and I can buy complete editions or series’ without much hassle or cost. That said, I still often miss the old-school appeal of boxes, especially Collector’s Editions, and having the feel of something tangible in your hands. I still have some of my old collector’s boxes but not nearly what I would have if this trend was still as popular and digital downloads had not taken over the industry.

So what about you? Still have your SWTOR box? Do you collect game cases and boxes or other memorabilia?