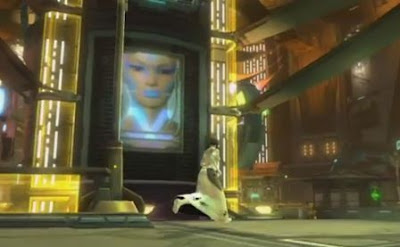 Edit: This is just in from a beta tester Aparently the elevators take you to the VIP section:

This video was mailed to us last night. It shows the area that will be available for people who ordered the Special edition or the collectors edition of SWTOR. It is also known as the Collector’s Edition Store and was first mention by BioWare at this years Comic-Con. Check out what they had to say about it here, and check out the movie below:

Regarding the debate about if this is the VIP era or not, I can say that I don’t personally know as I’m not in beta. But I do follow the beta forum, and reddit and people tend to disagree on this area. Below screenshot is interesting though: