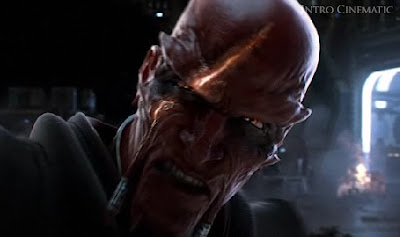 I wrote yesterday about how SWTOR was set to be a game to span decades. It’s also a game that seems to bring generations together. I’ve actually met countless people when talking about SWTOR who say they will be playing with their children, parents, siblings and other friends and family. My mom is 50 and she’s a big Star Wars fan. She’s interested in the game because of the storyline. My 5-year-old plays Lego Star Wars on his DSi and is just as excited that mommy will be playing TOR.
But we’re not the only ones who have seen that SWTOR can bring generations together. Hellsworn made a heartfelt and interesting post about it on the official forums recently. He says:
“So I am a older player. in my mid 40’s. So Star Wars in near and dear to my heart as it brings back very fond memories of my childhood. Of course I am not the only one out there, but I had to share this short story that my wife and I experienced this Last Sunday.

My wife and I are both avid Garage Sell “Tourists” and this last sunday we came upon a large open lawn sell a few miles from our home. The gentlemen that was hosting the said sale, had to be in his late 60’s to early 70’s. His grandson, (approximately 10 years of age) was playing on a Laptop computer while he was welcoming people to his home. Ofcourse the Garage sell had lots of older items, antiques and such, but thats not what caught my eye. I believe we were at the tail end of the sale, cause the crowds were pretty much gone but my wife and I. In essence this is what I observed of the Grandfather and Grandson.

The 10 y/o was on the TOR website and was asking his Grandfather what Star Wars all about. So the Grandfather proceeded to tell his Grandson how he and the childs father went to see Star Wars (a new Hope) in the 1980’s. He was telling in detail the Theatre they had gone to in San Francisco, and I could see the childs eyes lite up. It reminded me of my childhood, and the Thrill of Star Wars. Long story short, after a story to his Grandchild, the child turned to his Grandfather and showed him the website. After a few moments of staring at the laptop, the Grandfather turned to and asked what is was. The Grandson excitedly explained TOR was goging to be a new online game like his World of Warcraft. Curious, the Grandfather asked, “so I can play a Jedi on that computer thingy?” The Grandson replied Yes!

I saw the facial change in the Grandfather, as he realized he could play a Jedi online, and his face lite up like Christmas Tree. The Grandson, asked if he would play the game with him, and the Grandfather replied, “Sammy, that is one game I wouldnt miss for the world.””

Ofcourse my wife teared up it was so cute. But what this experience did, is remind me that in 2011, Generations can come together and enjoy a game like this. So for that I thankyou Bioware.

Sorry for the sappy post, but it was just one fo those life moments I had to share.”

So it’s apparent that I am not the only one who has seen how this game can potentially bring generations together, bring back fond memories for older generations and incite new interest in Star Wars for younger generations.
Do you have a similar story to share?