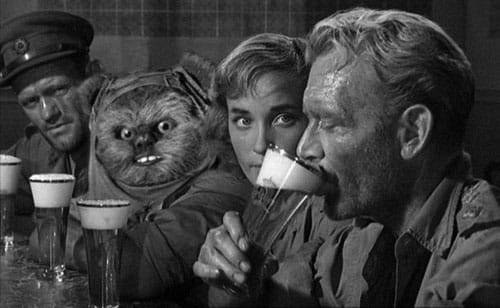 We love Star Wars. We bet you do as well. That’s probably why you are here. But how do other stories compare to Star Wars if you asked a large group of Sci-Fi fans? Well, someone set out to do that and we find the results really interesting.

This comes from Jedi News:

What do you get when you take 2000 sci-fi fans and ask them a range of questions about a variety of sci-fi and comic series? You get Star Wars rising, like the cream it is, to the top.

Please tick your top three favourite series out of the following list:

In your opinion what are the most-overrated fantasy/ Sci-Fi series ever?

From the following fantasy/ Sci-Fi series which do you believe/predict has the biggest revenue?

Which from the following list do you believe portrays the best ‘dark’ character?:

Which of the following do you think is the best form of transport?:

Visit their page here to see the rest of the questions and results. So what do you think? Star Wars rules it all as it rises to the top, even among a group of self-professed “nerds” and “geeks”.