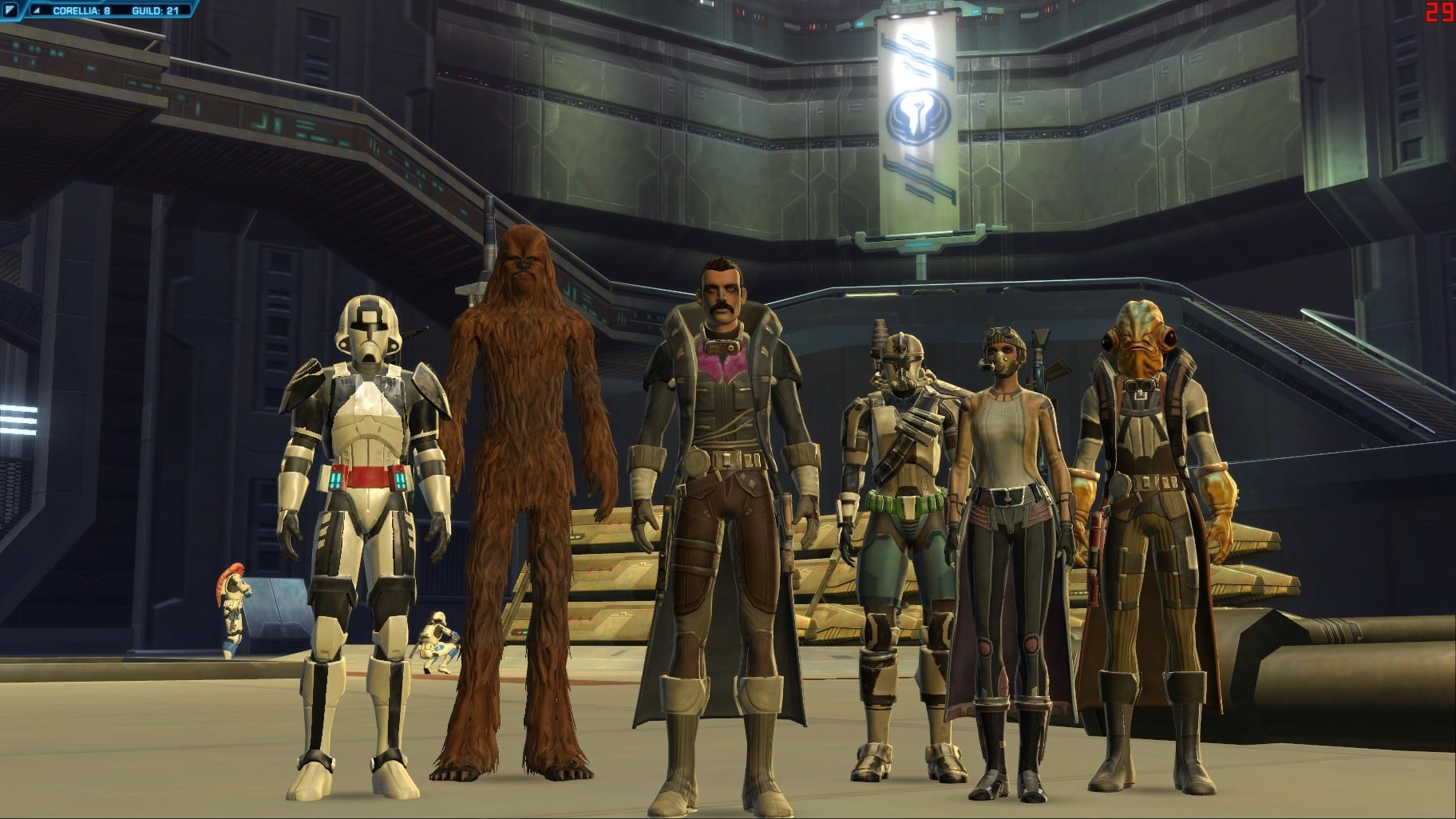 Have any questions on companions in Star Wars: Knights of the fallen empire? Ask them now, on the official forums, and BioWare will answer:

Question #1 – That understanding is correct.
Question #2/3 – Are you specifically talking like “in your cantina or on your ship” type conversations? Or just dialog directly with that Companion?

Question: Does the existing character affection we have carry over to KotFE or give a higher starting point of influence if/when we try to get them back?

Yup, the existing affection you have will carry over into Fallen Empire

Now that gear for companions is for aesthetics only, is it possible that we can get the old green starter gear back for them somehow? I know I have a few companions that came with gear that really fit their character, but because it was green it has since been vendored. Some of these it’s especially hard to find appropriate gear for. For example, Lord Scourge. It’s really not possible to recreate his original look because any gear that looks like that is restricted to the Imp side.

This is a great question/suggestion. I will pass it on to the team.

I would just like to know the impact of the presence stat on companions. Will it be changed and/or will it be similar to what it is now?

This is a good question, let me talk with the dev team and I will get back to you on this.

Chances these get a reply are close to non-existant, but what the hell, I’ll ask anyway.
1. Will be able to meet and/or recruit companions that don’t belong in our class? (for example, if I play the demo with my agent, will I still see T7?) yes or no will suffice.
2. What affects the companions effectiveness in battle? Only our level? what about Presence stat? what about affection?
3. Will any and all changes to the companion system also be applied to the 1-60 leveling experience?(multiple roles in combat, or whatever changes you introduce to crafting)
4. Since some companions are not customizable via armor, I am correct to assume that the customization slot will still be there?
5. What will happen to earpieces and Implants on companions? Should I remove them before starting KOTFE?