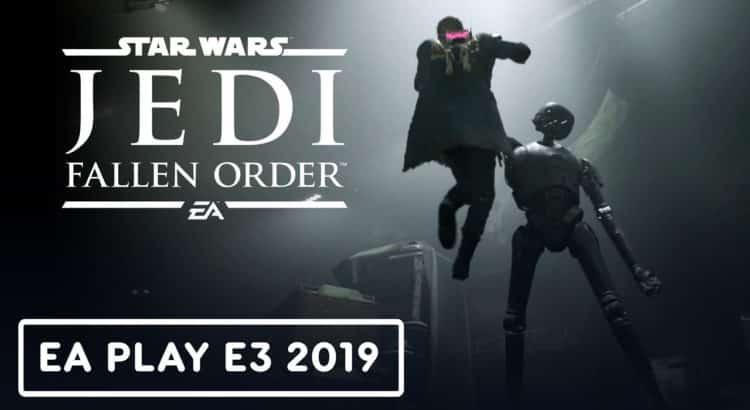 We finally saw the release of the Star Wars Jedi: Fallen Order Official Gameplay Demo – EA PLAY 2019 which was very excited (but also left us with a lot more questions.

Gizmodo did a story on how the Star Wars wipe we saw in Jedi: Fallen Order was apparently a nightmare to create.

“The wipe in film is so easy—well, I don’t know if it’s easy, but in film you just take two different pictures and you have them both and you just wipe them across—but in games, you have to render both of those things at the same time,” he said. “You have two different cameras running with the game running in two different environments to be able to wipe that across. So that was a really kind of an interesting technical challenge.”

And we also found out that Jedi: Fallen Order wasn’t always meant to be a video game. ScreenRant tells us how they were originally making another game and it just came together to be the perfect pieces of a Star Wars game (I love it when that happens!)

“And that’s something that when we were working on this other game and we demoed it, people [at] EA saw it and said, there’s something in there that you could see easily see it turning into a Star Wars game. My background is melee action, so when they came to us and were like, ‘We really like the game you’re working out and we want to do at some point, but how would you guys feel about doing Star Wars?’ we were like, great.”

What else have you seen come out this week about the new game? We’re going to keep up to date with it and bring you anything new or exciting we find. Stay tuned!