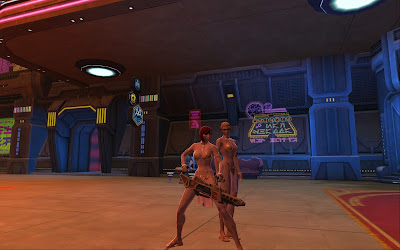 BioWare just pushed out a new build for the SWTOR beta today. Here are the patch notes of what was changed. For the first time we are trying to include tooltips from Torhead. Please give us a heads up how it works for you as we are not sure if we should keep them yet.

Bounty Hunter
Powertech
Trooper
General
Vanguard
Carbonize now has a 45-second cooldown, affects up to 5 targets, and has a duration of 2.5 seconds.
Bug Fixes

Bringing Down the Hammer

The Battle for Ilum