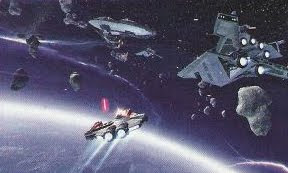 It seems that the German magazine PC Action has been released with details on the space combat in The Old Republic. And to say that the official forums have exploded over it is probably an understatement.

The gist of it is that it seems that space combat in The Old Republic isn’t the X-Wing, Tie Fighter or even the Jump to Lightspeed type gameplay that everyone was hoping for, but rather more of an on-rails shooter meant for the more casual gamer.

SWTOR-Station has the (translated, you might have to click the English flag first) details both on Space Combat as well as some further class details (nothing shocking there though). Here are the space combat details from SWTOR-Station:

We call this gameplay “tunnel shooter”. That means there are especially designed levels which make you follow a certain path. The player has a range of weapon systems to choose from to use against his enemies. You will receive a quest beforehand. If you’re in space you will automatically receive side quests.

Understandable people are disappointed as they were hoping that “space combat” meant free space exploration and combat much like Star Wars Galaxies’ Jump To Lightspeed. In fact, as I’ve said before, whenever people mention “Space Combat” it always felt to me that that’s what they’re talking about and that just any combat in space won’t do.

Then there are further disappointments (to me) like there only being six ships. At the very least they could give each class a separate ship instead of giving both Jedi (and both Sith) classes the same ship. But then I’ve got the feeling that your ship doesn’t really matter that much in the end; they’ll all end up being the same with just a different skin.

Anyway, I could go on but I’m sure everything is already being said on the forums. The developers are concentrating all discussions into one thread now. Sean did make a very small comment on the content of the discussion though:

UPDATE [1]: To clarify, Space Combat is not a Turret Shooter (this is probably obvious after seeing the screenshot but some people were mentioning it in the other thread).

Personally the only thing that interested me about ‘space combat’ wasn’t the combat, but the free exploration of space. Since we’re not getting that the whole thing leaves me cold. I know that The Old Republic isn’t Star Wars Galaxies, but it would’ve been nice if they didn’t dismiss the good along with the bad from that game. Maybe they’ll add what people really want out of space in an expansion (as, to be fair, SWG did as well and I still believe that they’re much better off concentrating on making a good ground game and leaving space for later), but I’m not really holding my breath.

I’ve also since read the PC Gamer article which pretty much confirms everything from the PC Action article above. Specifically they compare Space Combat to Star Wars: Rogue Squadron, saying that you move along a fixed route with no control over direction or speed, but that you move around the screen’s X- and Y-axes shooting things and avoiding asteroids. They say that BioWare expects most people to die or not complete the “main quest” the first few times and that later missions are “complex and difficult””. Mostly the point seems to be (my interpretation) giving players a ‘cinematic experience’ while they get to shoot some stuff.