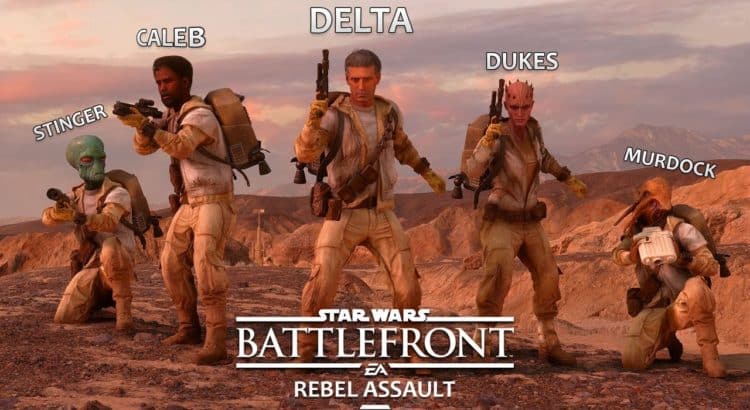 A Rebel Assault Team arrives on the planet Tatooine to attempt and drive out Imperial Occupancy, only to be met such resistance that it will be the battle of their lives! You know how we love Star Wars films. Here is another one to add to your list. This is a Star Wars Battlefront cinematic. If you haven’t seen it yet, we highly recommend you take a few minutes out of your day to make it happen. It’s under 30 minutes long and it will not disappoint. If you’ve been playing Battlefront, and if you’re looking forward to the new game, this cinematic will get you excited about playing.

If you don’t play the game, but  you love Star Wars, you’ll still enjoying watching it. They put over 11 months into filming and now you can view all of the hard work for yourself. You may have seen their previous film. The Emperor Strikes Back. This is the sequel to that cinematic and the have maintained the same quality throughout this film as well. So go ahead and give it a watch. We’ve embedded it for you below, and if you want, go to their YouTube and leave them a comment as well. Be sure to tell us what you think about it.

After 11 months of filming, all the blood, sweat, and tears, have finally paid off! Welcome to the Fanboy Features Cinematic Film Trilogy. Rebel Assault is the sequel to our previous film called The Emperor Strikes Back!