Any self-respecting Star Wars fan out there will already be counting down the days on their calendar until we reach 15 December this year, the release date for the second film in the franchise’s third trilogy – Episode VIII: The Last Jedi.

And if the positive reactions for both Episode VII and the spin-off film Rogue One weren’t enough to warrant a palpable buzz around the next instalment, we’re also starting to piece together more and more details and developments about what Episode VIII, and director Rian Johnson, will actually have in store for us. Johnson has a suitable pedigree, having previously directed the critically acclaimed neo-noir mystery film Brick back in 2005, as well as sci-fi action thriller Looper in 2012.

This recent interview with Kylo Ren actor Adam Driver confirms that Johnson has sought to put his own unique spin on the Star Wars universe this time around, picking up the reins from where previous director J.J. Abrams left off. Exciting stuff.

One major insight that has more than piqued our interest is all the talk around a new lavish casino-themed planet, which looks like it could prove to be a very significant setting in the next episode. The planet, provisionally known as Canto Bight, seems like it’s going to be the polar opposite of the dusty junk yards in which we were introduced to Rey at the beginning of The Force Awakens. Instead, this world is more akin to an intergalactic Monte Carlo, playing host to all manner of strange characters, rich business-aliens and fascinating gameplay.

However you look at it, Rian Johnson is clearly tapping into the high octane action that casino entertainment guarantees. Plus, if we consider that human players love online casino table games because they are casual, fun and exciting, then we definitely can’t wait to see what weird and wonderful alien casino table games are going to be on offer in Canto Bight. Will there be some sort of cyber-poker like the kind hosted over at Guts Gaming? Roulette, perhaps? No doubt the rules of traditional casino are going to get redefined in ways that we can’t possibly predict. 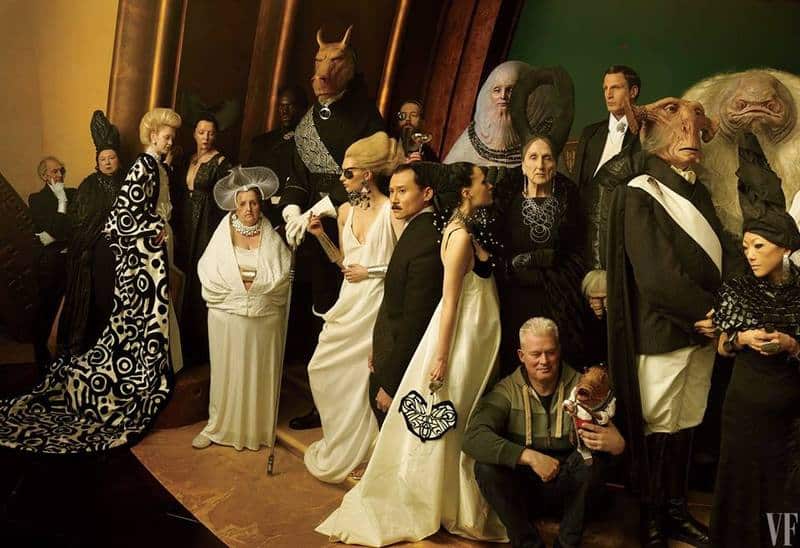 Creative director of the Canto Bight world, Neal Scanlan, was recently featured in a series of press photos that should allow you to get a better feel for the occupants of this fascinating casino world. Rather than the sordid setting that we fell in love with at the Cantina Bar in Mos Eisley, these characters seem very much more like a high society bunch, decked out in fancy dresses, space-age monocles and even a few pairs of white silk gloves. Very nice.

And that’s not all. A new behind the scenes show reel gives us even more insight into the Canto Bight lap of luxury. The taster footage was featured at Disney’s recent D23 exposition and included a few shots of the casino planet. Look out for the particularly small alien croupier who is pictured looking rather worried around the 1:12 mark. Have a look for yourself…

But while we have our first impression of the visual side of things, it remains to be seen how the mood of the environment will play out. Will this be more of a fun-loving party, or a formal affair as the clothes suggest? Will it be business as usual, or is there a chance that the normal order of play will be interrupted by a fast-paced chase scene at some point? It could one way or the other, and we’re certainly open to being pleasantly surprised.