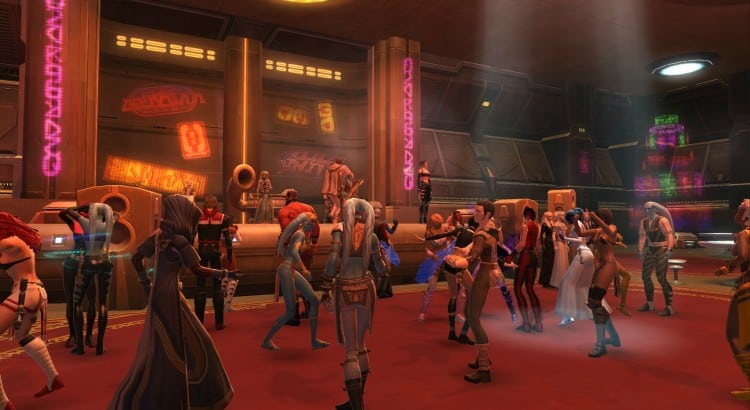 Some of you who have been around with us since the very beginning (pre-launch even) will know that SWTOR today and SWTOR then are like two different games. Sure, the premise and many of the elements are there, but it’s different in a variety of ways, all of which we think are for the better. This is just one more way that BioWare shows they listen to the players and also that they want to make great games that people truly enjoy. If something isn’t working, you tweak it until it does. They don’t just abandon their projects like many will do. BioWare really came a long way with SWTOR and we’re very glad it’s still with us today and we’re happy to have been with it since the beginning.

PC Gamer is calling it one of the biggest comebacks in PC gaming history. Here’s a snippet of a piece they published this week written by Steven Messner that discusses this:

“The Old Republic’s transition to free-to-play was seen by many as a desperate bid to save a dying game, one that had taken a staggering estimated $265 million dollars to develop and market. While many hoped that The Old Republic would be the next Knights of the Old Republic, instead it was an enjoyable story wrapped around what was roughly a World of Warcraft clone. Even though the first weeks were a massive success, with TOR attracting over a million subscribers, players started drifting away soon after.”

They list SWTOR 3rd in their collection of greatest comebacks for the PC gaming niche. Here are some others on the list:

Also on their list is Steam and I have to completely agree with this. I’ve had my Steam account for more than 10 years now and in the beginning I never would have thought it would have progressed to the point it is at now. This was a bit of an unexpected comeback in that the platform itself changed from what it was originally intended to be.

Thoughts on SWTOR as a comeback game?