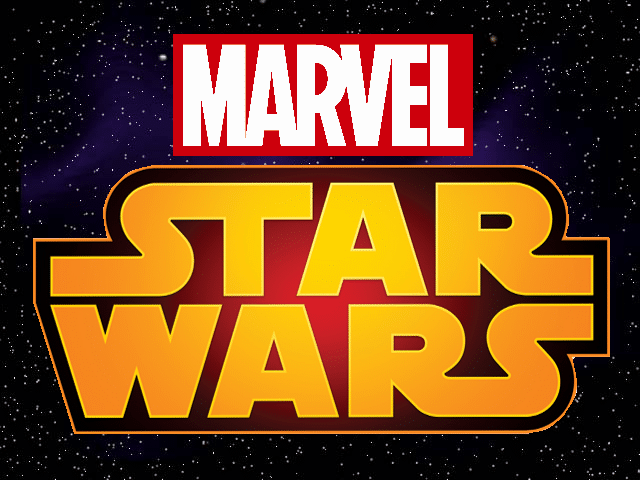 Now that Disney owns everything (or at least, Marvel and Star Wars), we’ve already seen a lot of changes for some of our favourite entertainment franchises. The most noteworthy of these changes is of course the forthcoming third Star Wars trilogy. However, we’re also seeing Star Wars spin-off films, new Marvel TV shows, and all kinds of spin-offs, side projects, and novelisations that weren’t around before.

What we haven’t seen much of yet is crossovers between Marvel and Star Wars, arguably the two most significant branches of Disney’s modern entertainment empire. So here are a few ideas in that category that we think it would be fun to see, starting with gaming concepts.
A Crossover Video Game

The first idea that comes to mind in this regard would be a fighter series; first because these games are almost impossible not to enjoy and second because they’re probably the easiest ones in which to mix characters from different sources. The Marvel vs. Capcom series serves as a perfect model here, having successfully combined characters from Marvel comics with some of the classic fighter characters from Capcom’s esteemed history in the genre. The latest game in this series earned a ranking above 80% at Game Rankings a few years ago, indicating the concept is still very popular with fans, and switching out Capcom for Star Wars would be well within Disney’s capabilities. Who doesn’t want to square off Yoda against the Incredible Hulk?

A simpler and perhaps more attainable goal would be for the two franchises to cross paths in the online casino industry, where both have at times already had a presence. Gala Bingo has exemplified this industry’s tendency to make use of pop fiction icons and character themes to spice up its games—and the site still actually holds some ties to Marvel. Star Wars slots and casino games have been removed from some American gaming areas since the Disney acquisition. However, in an online environment they could still exist and mingle very naturally with existing Marvel titles.
A Joint Theme Park

Stepping away from gaming, it would be undeniably cool to see a massive new Disney park devoted to both Marvel and Star Wars—not just a celebration of Disney’s biggest and brightest franchises, but a place for the most enthusiastic and current entertainment fans to gather to enjoy a bit of everything. Is it unnecessary to connect Marvel and Star Wars theme parks in one location? Probably, sure. But it would be pretty cool to skip from an X-Wing-themed space ride right into “The Iron Man Experience,” or get off a chaotic, rumbling Hulk roller coaster and stumble into a virtual laser fight. Plus, as mentioned, these are two of Disney’s biggest draws; if nothing else, it would be convenient for the parks to be in one place for the sake of crowds with interest in both.

Disney.com announced a massive, ambitious plan for new Star Wars “worlds” at their signature theme parks earlier this year, so in a way these plans are already in motion. Furthermore, News-a-Rama has announced that there will actually be some sort of crossover at a new park in China, with Marvel- and Star Wars-themed “worlds” being built in close proximity. Here’s hoping something similar happens in Orlando or California!
A Virtual Battle Experience

Bear with me on this one, because it’s purely hypothetical. Nothing of this sort currently exists, and there’s absolutely no indication of anything like this on the horizon. But with virtual reality largely viewed as the next big area for gaming, the idea of battling in 3D-rendered worlds from popular fiction is going to be a popular one. And doing so in a world that combined the weapons, bad guys, and generally stunning visual elements of Marvel and Star Wars alike would just be insane.

One of the unfortunate little hurdles for virtual reality gaming is that it requires space, and is thus difficult to bring into homes. For this reason, it’s not so hard to imagine a laser tag-like gaming arena gaining popularity once more as a sort of hub for early virtual reality gaming experiences. Just imagine being able to walk into a so-called “arena” and arm yourself as you please—with Iron Man hand energy cannons, or a lightsaber, a laser gun or an all-powerful hammer. You could then step into a virtual battlefield populated by other heroes, evil Sith, stormtroopers and Ultron drones alike, and battle to your heart’s content. This one may be a long way off, but in a way it would be the ultimate entertainment experience.