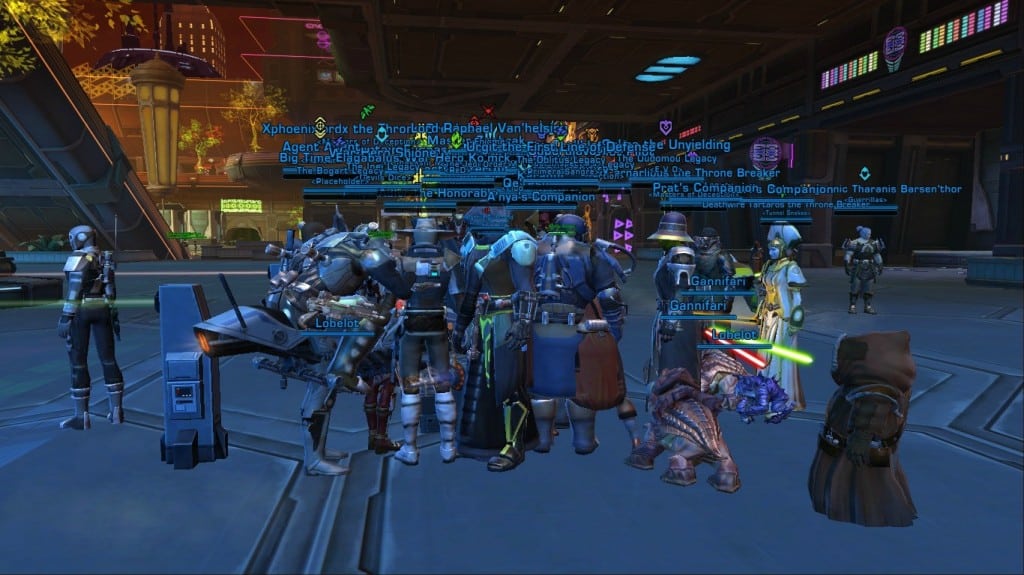 Everyone is talking about SWTOR going free to play. It seems everyone has a theory and an opinion on the topic and whether or not it’s a good thing for BioWare/EA. The big question seems to be whether or not the F2P model is chosen because SWTOR flopped on release or just because it makes more sense and is better for the current economic market in the world today.

MMORPG.com had a few words from Richard Aihoshi on the topic. In addition to this, they did a poll with some other experts in the field:

Here is a snippet of the interviews:

What significance do you see in EA’s decision to take SWTOR F2P?

Hendrik Klindworth: This step really shows that the F2P business model is superior to subscription-based. It has huge advantages for both publishers and players. Players can play a game for free and have the freedom to choose if and how much they would like to pay. For publishers, F2P helps to keep the entry barriers as low as possible.

Jay Choi: This is part of a trend that involves developers realizing that the F2P model is not just for non-Triple A titles. It should show that F2P doesn’t mean lower quality gameplay, just ease of access for gamers who want to check out a title before investing in it. This change is one of a number of companies in North America coming to the realization that the marketing landscape has changed, the players have changed, and F2P has a much wider approach to acquiring new ones.

Jungsoo Lee: It proves that even with a mega-brand like Star Wars, it’s exceptionally difficult to launch an MMO with a subscription-only business model and to keep players involved beyond the first 90 days. With the proliferation of F2P games over the last five years, gamers have a huge catalogue of high-quality choices with large communities to pick from that don’t require them to commit their dollars up-front. The good news for EA and SWTOR is that unlike the subscription business model, the F2P MMO space benefits from a large market, as opposed to the direct competition that comes from a gamer having to decide between supporting one or two subscription titles.

EA will also benefit from removing one of the entry barriers that SWTOR has. Going F2P will generate an influx of new players experiencing the game for the first time. If they can support it with regular updates and events, as other successful F2P MMOs do, SWTOR will be more successful and profitable that it is currently.

Flaviio Daneil Caracas: This is just one more example of gamers’ increasing acceptance for alternative and flexible business models. Several high-profile titles have already made transitions to F2P, with some even planning the move during development. SWTOR in particular is taking a hybrid approach, since you still need to purchase the game itself and there are features that will only be available through monthly payments.

There are many great questions and these industry experts weigh in with some pretty good answers. It’s long but well worth the read.