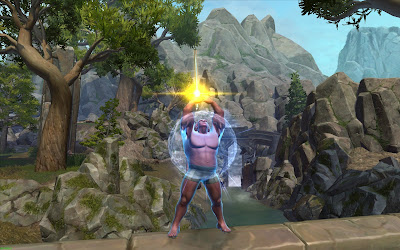 Yesterday was the big day for a good number of excited SWTOR fans. For others, the time has nearly arrived but they must wait just a bit longer to find out when they will get their early access to the game because the early access invites are coming in waves, as Stephen Reid explains.

Senior Online Community Manager Stephen Reid posted on the official forums (which are back up, by the way) about how the waves of invites for SWTOR will go out. Basically, it will work in the order in which your preorders went in (and were registered with the code). The first people to register their preorder copies will be the first people to gain access to the game. You are ordered according to when you input the preorder code, not when you actually preordered the game so unfortunately, if you were one of those first people to preorder but didn’t input your code right away, this will affect the order in which you get in.

Anyway, everyone will be granted access in the order in which they redeemed their codes, and in batches of waves. So there were two waves that went out early today. My friend got in at 7am his time this morning. No one can tell us specifically when we will each get our invite but the waves will continue to go out until everyone who preordered gets in.

In the thread, Reid explains why they will not allow more people access at one time:

For us, launch isn’t just about stuffing our servers with as many people as possible. As anyone who’s been through a large MMO launch can tell you, that experience can be painful. Our aim with this launch was to ramp things up gradually, to spread our player population out amongst a variety of servers, to maintain all server types, and to keep queuing to a minimum (although we expect that to happen as we head towards December 20th). So far, all that has been successful for us on Day One.

Stephen Reid said he will continue to update the thread as new waves go out so if you want to keep track of how many have been out to help you guess where you might be in the order, then follow the thread and stay informed. Remember, in the end, we’re all going to get in so it won’t be much longer now. See you in the game soon!