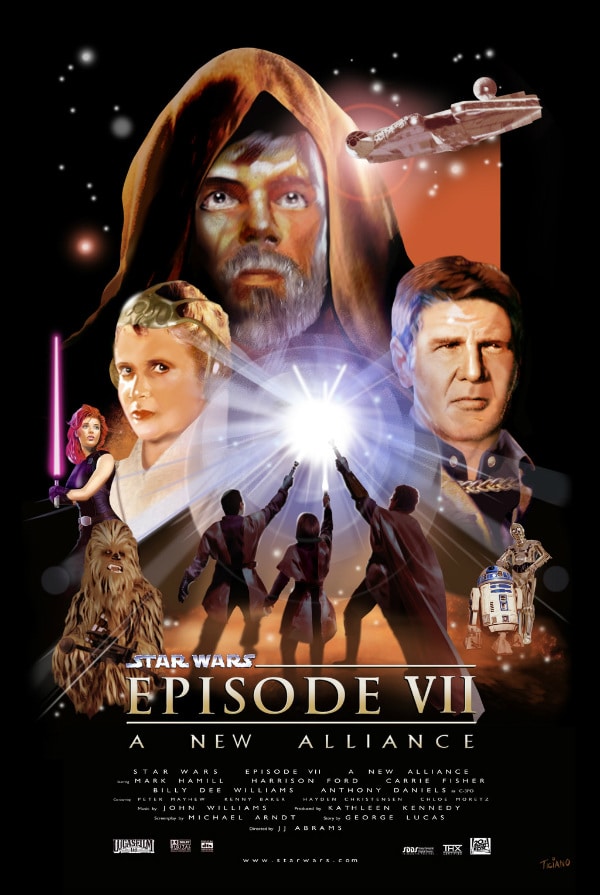 What’s happening in the development of Star Wars Episode VII? There are some new rumors heading around the rumor mill right now and you know how we love to bring you rumors. So here’s a roundup. Keep in mind that we never know for sure if these are true- at least not until the movie actually releases. Anything can change between now and then.

But one rumor tells us that Harrison Ford has deal for Episode VII as moves made towards fifth Indiana Jones film. There’s something fans of Ford and Star Wars can enjoy.

Jedi News tells us more about this rumor:

Now THIS is how you start the new week. The news we’ve all been hoping for has reached us from the mysterious Jedi Master SQL.

Han Solo, Harrison Ford, is back and onboard for Episode Seven, but that’s not all. As part of the deal, steps have been made which raise the possibility of Ford donning the famed Fedora hat of Indiana Jones once more.

Fun news- Han Solo is back! But again, keep in mind that until and unless it is confirmed by Lucasfilm or Disney, it’s just a rumor.

Now speaking of rumors, let’s take a look at some more that are floating around right now. First, there’s talk about the script. First we heard the announcement that Abrams and Kasdan are scripting and there is a great deal of posturing about release dates but we really have no idea yet, and most likely the team working on it have no idea themselves.

Jedi News had this to say:

There has been a rash of reaction on social media to the news coming out of Lucasfilm regarding the evolution of screenwriting duties on Episode VII. Let us put the latest news into some kind of perspective.

Michael Ardnt was contracted pre-Disney takeover to pen a 40-50 page treatment covering the next trilogy from George Lucas’ concept for the next trilogy. That treatment was strong enough to encourage Disney to make closure on the Lucasfilm deal.

Why Arndt? He was well respected at Disney due to his writing duties on Toy Story 3, and also with a background hosting talks on the writings of Star Wars. He was the perfect pick.

And Furious Fanboys tells us about a Darth Vader Rebels special rumor:

Last week when marketing material leaked and confirmed a Summer 2015 release date for Episode VII, the flyer also mentioned a series of Darth Vader television specials. Obviously this is something that Star Wars fans would be excited about, but fans are becoming way too worked up over something they shouldn’t, which will only result in massive disappointment and cursing of Lucasfilm when the truth comes out.