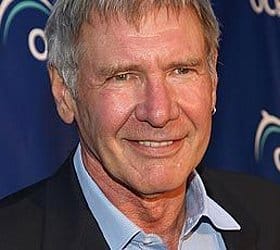 A new update in the Star Wars Episode VII scene is that Harrison Ford will be returning as Han Solo. We’ve told you about all the spin-off movie rumors, many featuring a young Han Solo and while though do sound interesting, for Episode VII, many fans are excited to hear that Ford himself will be back to play Solo.

Latino Review reporter Umberto “El Mayimbe” Gonzalez appeared on Fox News Latino today to break the news that Harrison Ford will definitely be back to reprise the role in Star Wars VII, slated for 2015.

Rumors have been swirling since November, but Gonzalez is the first to claim he has confirmation.

“I found out yesterday. I did my due diligence, like I do with everything. Triple checked. Legitimate sources…His deal is done,” Gonzalez said.

Late last year when the news of Episode VII was first released, Ford did publicly express his interest in returning to the films, surprising many.   Now the word is official- he will be back! But we know very little more about it after that. How big of a role and in what context is still to be determined.

Many fans are expressing they are excited about this news and hope that it allows for continuity in the films. Others feel that Harrison Ford is just getting too old and that unless the movies are set really far in the future, it’s not going to work well (how old do they think he is, anyway?)

So what do you think of this news?