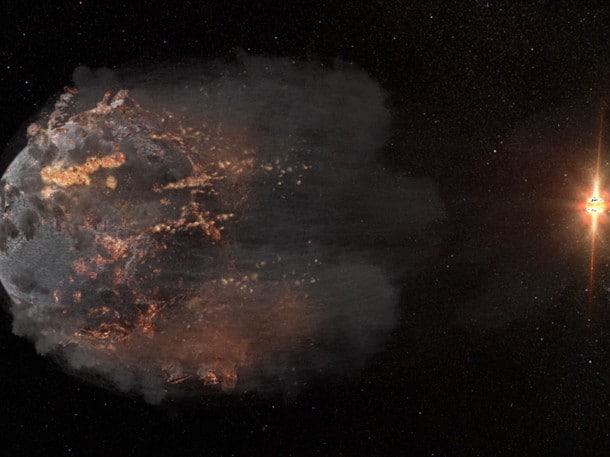 Last week we posted a story about the images carried by the spacecraft Voyager. This was so well received by you – our readers – getting more then 300 likes on Facebook. Therefor we thought we will follow up on it, and start a new column on this more nerdy stuff, that is not really part of the Star Wars universe. We don’t know what to call it yet, but the plan is to post documentaries, images or articles, on space and speculative discussion on future technology.

This first video we are posting is named “Evacuate Earth”. It is a National Geographic Channel documentary, that tells the what-if story of the evacuation of the planet Earth which is due to be destroyed by a rogue neutron star. The documentary goes into the technical and social complications of building an Ark to save humanity and other Earth life, and moving them to a planet in another star system.

This is an interesting thought experiment. What if the Earth was going to be destroyed? What if we had to save the lineage of the human race, and had 75 years to do it? Is it possible? Could we move a small population of people to a habitable planet?

I’m not saying I agree with all the conclusions of this show, but I think it’s an important question to consider.

Popcorn doable for this one. It’s a bit long, but a worthwhile watch when you get sick of guns, government, and bad ufo youtube videos.

Pretty good graphics in some spots, like when the neutron star rips apart Saturn and sucks the remaining bits and pieces into its incredible gravity field. And earth is next