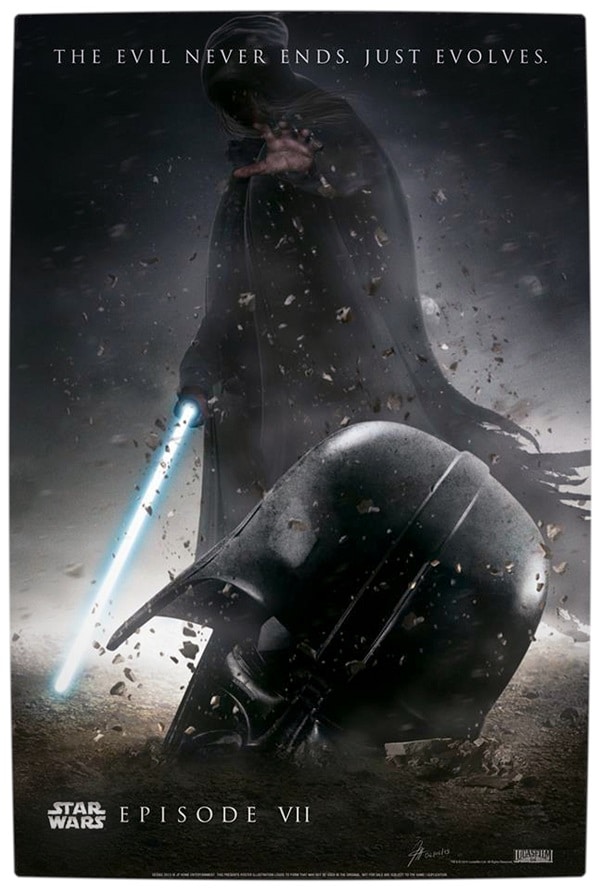 It took a while, but we finally have a date: Star Wars: Episode VII is coming December 18th, 2015. The date was announced in a blog post on the official Star Wars website.

With pre-production in full-swing, a confirmed release date of December 18, 2015, has been set for Lucasfilm’s highly anticipated Star Wars: Episode VII.

“We’re very excited to share the official 2015 release date for Star Wars: Episode VII, where it will not only anchor the popular holiday filmgoing season but also ensure our extraordinary filmmaking team has the time needed to deliver a sensational picture,” said Alan Horn, chairman of The Walt Disney Studios.

Shooting is scheduled to begin spring 2014 at Pinewood Studios.

StarWars.com. All Star Wars, all the time.

That will make it the first Star Wars film to open around the Christmas holiday — or “Life Day” as it’s known among the Wookiees. The previous films have all premiered in May.

Abrams and Lawrence Kasdan, who co-wrote The Empire Strikes Back, Return of the Jedi, and Raiders of the Lost Ark for Lucasfilm, announced two weeks ago they were taking over primary script-writing duties from Oscar-winning writer Michael Arndt (Little Miss Sunshine.) That development was clearly not an ideal one, and it triggered questions about whether the story would be ready in time.

Sets and costumes are already being designed for the film, which starts shooting at London’s Pinewood Studios in the spring.