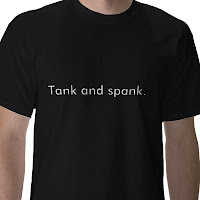 Those of us anxiously awaiting the release of SWTOR have many questions about gameplay and tactics. One issue that has come up after videos of the gameplay have been released is in relation to the apparent tank n’ spank nature of some of the bosses. Some worry that the game will be too easy or that there does not seem to be any mechanic involved in tanking the bosses.

Georg Zeoller, Principal Lead Combat Designer, explains how this is not true and why more information cannot be released at this time on the topic:

“This has been discussed before, but to re-iterate:
The Old Republic uses a wide palette of mechanics for the harder boss fights, it is not just ‘tank ‘n’ spank”.
When it comes to videos, there’s a number of reasons why you haven’t seen anything more complex:
(a) Throwing people who have never played the game at a level 32 Flashpoint is tricky. It requires the game to be adjusted so that they actually have a shot and don’t die constantly. Don’t expect us to demo complex boss mechanics at pick-up demo events.
(b) Boss mechanics are spoiler material.”
Makes sense to me!

We’re not going to fully see what in-depth game mechanics exist until the game is fully released. It’s a good thing to ask questions about a game before buying it but when that game has not yet been released, some questions will only get you so far. This seems to be another one of those cases.

What do you think – do combat encounters appear “tank ‘ spank” to you or do you believes it’s due to avoiding spoiler material combined with easier content being displayed at demo events?
How could this affect the outcome of the game as a whole?