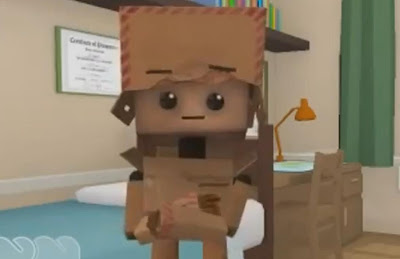 The SWTOR Forums are a dangerous place, a murky place where men fear to tread (and rightly so) and trolls amble free through the threads. As with any online community, there’s a lot of drama to be had in there, and there are moments of genius hidden in amongst the more banal of conversations. Taking advantage of that mine of good material, Youtuber RussellW218 (or Russell Wilson, AKA Spikey on the forums) has added some simplistic animation (via XtraNormal) to one such conversation, to quite wonderful effect.

So here we have it. A battle of wits, between an increasingly disgruntled, and ever-s0-slightly sarcastic Forum Moderator/BioWare representative, and his arch-nemesis – an infuriating n00b who sways between ludicrous questions and idiotic suggestions as to how the game could be all sorts of genius. Rather wonderfully, the n00b has literally no idea about the essential fundaments of RPG playing, criminally, and hilariously missing the entire point of in-game progression.

The video isn’t all that wonderful, and there is an element of an inside joke here, as RussellW218 says himself:

If you’re not already on the forums, you probably won’t get it. Also, XtraNormal sucks, BUT, it’s better than just typing out a “blog”.

But if you aren’t on the forums, here’s a little bit of information you’ll need to process and enjoy the joke: there’s a significant portion of users on there who are cynical wise-asses, who find little more exciting than tearing strips of the game, because it DEFINITELY won’t meet their expectations. And then there’s the segment titled the n00b know-alls, who get aggressive when they aren’t just given a Beta code in exchange for their self-perceived awesomeness.

I’ll let you guess which of the two categories this particular irritant comes from after you’ve had a listen. Be patient with it, it gets much better towards the end (and the very end is just about the perfect triumph of intellect)…