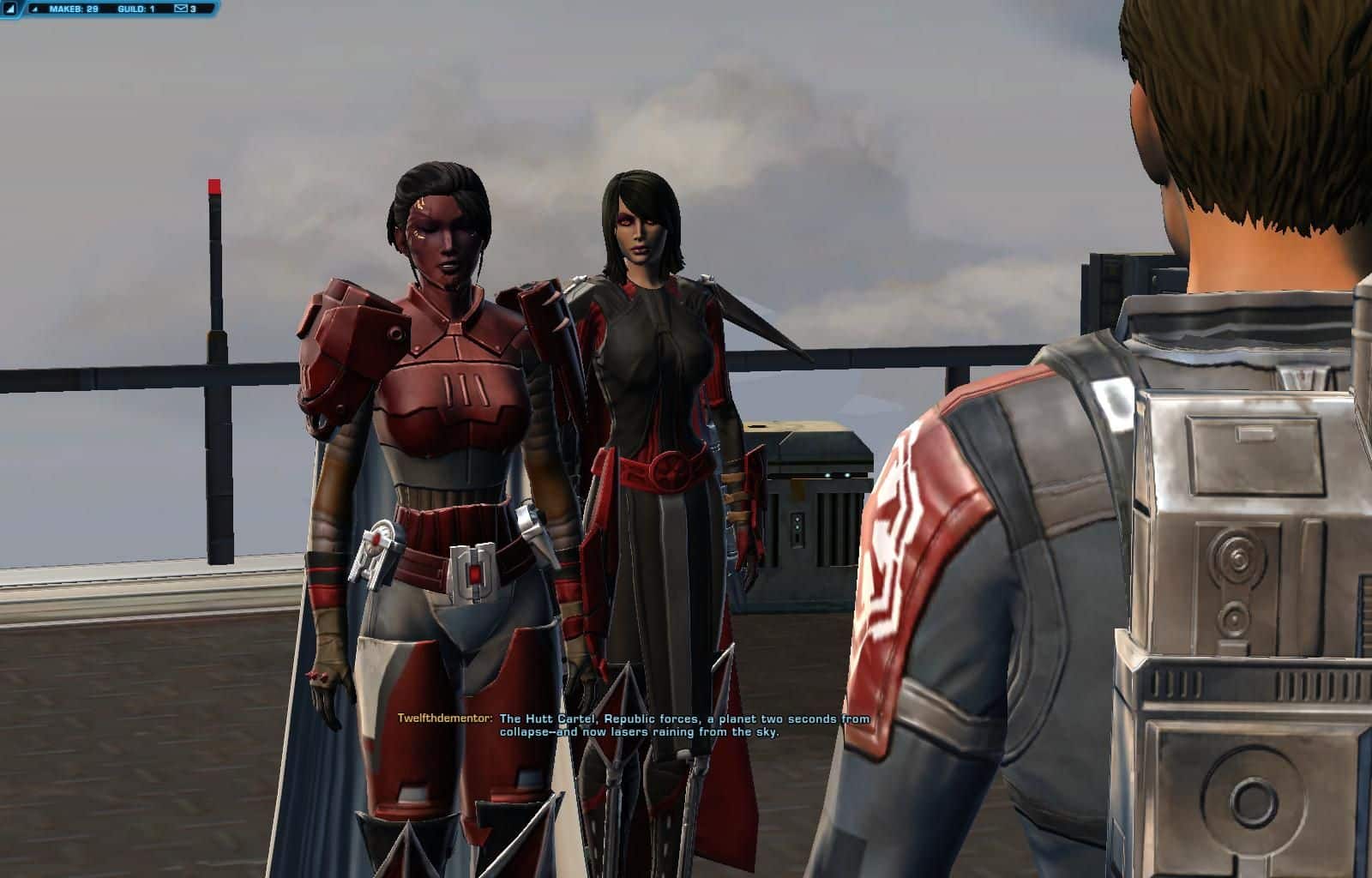 Here are tomorrows Patch Notes for patch 3.0.2. This patch has many great fixes indeed. Check it out below:

Long-forgotten Sith spirits have awakened on Yavin 4. This convergence of dark side energies could give rise to a powerful and ancient threat within the moon’s already-treacherous jungles…

Improved Weekly Reward! Companion Outfit Lockboxes are now awarded for completing the Mission “[WEEKLY] Spirit of Cooperation.” Each lockbox contains a full set of rating 192 armor for its specified companion.