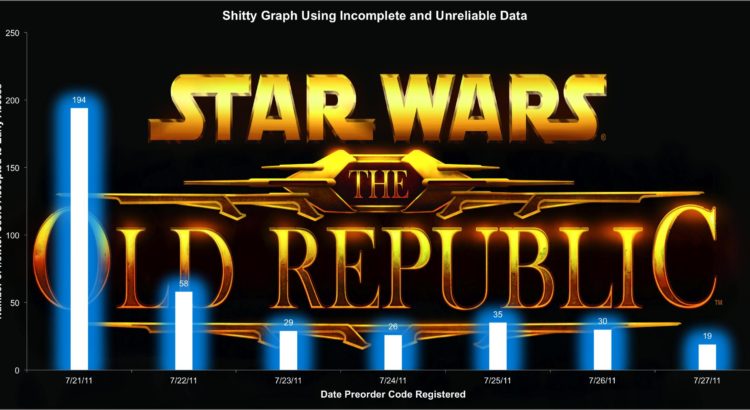 Yesterday we brought you some info about pre-launch order status and how to tell where you are in the list. We commented that it was based on incomplete data but it was pretty much the only thing out there. Well, now we have some more stats for you- also likely incomplete but what the heck? You have nothing better to do while you’re waiting to get in anyway, right?

“Based on the responses in jscoppe’s Early Access Tracking Thread (take 2), I’ve created a graph to show the distribution of preorder registration and Early Access acceptance.”

The stats are designed to help you get an idea of where you stand on the list and when you might be able to get your invite for early access to the game- something that everyone who preordered and is not in yet is waiting to find out.

The creator of the graph explains:
Regardless, I have no idea what their Early Access system is, I’m working with incomplete and unreliable data from a small portion of all players. I made a lot of assumptions. Statisticians would retch at this post. I can’t see any way to take this data and allow five months of preorders in before December 20th.
I think the only thing we can accurately say is that a huge number of preorders were on Day 1, and even though only players who registered in the first seven days got in this time, it’s very likely that tomorrow will include a larger preorder registration range.
TL;DR – Here’s a pretty graph that doesn’t really mean anything.
Bottom of Form