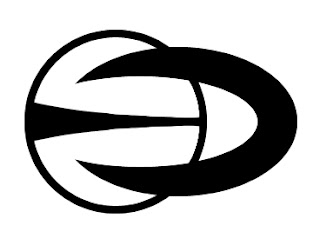 Czerka Corporation, founded as Czerka Mining and Industrial, was a galaxy-spanning business. It controlled interests on Korriban, Kashyyyk, Taris, Tatooine, Telos IV, and countless other planets.

In Star Wars: Knights of the Old Republic and Star Wars: Knights of the Old Republic II—The Sith Lords, although not the primary villain, Czerka is presented as an amoral entity; not only they are allied with the Sith but frequently use underground means for their ends, such as stealing from rivals, having financial motivation for everything, using violence and slavery, hiring mercenaries, smuggling of weapons, etc. They will often ask the player some jobs which are generally “dirty.” In general, Czerka are the secondary villains, and the player follows the Czerka quests if he chooses the dark side options.

However, that doesn’t mean that Czerka is a representative of the Dark Side or her employees are inherently evil: the Tatooine quests are the exception, on which planet Czerka is generally looked on more sympathetically, and their quests are not necessarily of the dark side.

History
During the time of the Jedi Civil War, Czerka, under the leadership of Pollard Seario, allied itself with the Sith; it supplied Sith armies and the Sith supplied exclusive trade rights on conquered planets. Because of this, and earlier behavior, Czerka gained a reputation as an unethical opportunist.

Not all of Czerka’s enterprises at this time were successful; indeed, many became financial disasters. An example of this was its operation of a Wookiee slave-trade which, although illegal in the Republic, was made possible by legal loopholes concerning Kashyyyk’s location. This lucrative market was ended when the visiting Revan helped instigate a revolt: the Wookiees then proceeded to drive the company from the planet. Czerka sought to conceal the setback through a public announcment that it was “scaling back” regional operations but was met with skepticism; the deaths of so many personnel led to questions regarding their “reassignments” which Czerka refused to answer.

Another failed Czerka enterprise at this time was the claim it laid to the planet Tatooine. Responding to enthusiastic surveys, a number of outposts, including the town of Anchorhead, were built and mining operations begun. To its subsequent dismay, Czerka become another in a long line of companies deceived by Tatooine’s inferior, quickly corroding ore. Nevertheless, such an investment had been made that officials were unwilling to close it down and sale of Tatooine ore continued. Customers and investment declined of course and trouble was also had from marauding bands of natives. Revan became involved here too when the Anchorhead administrator hired him to butcher the local sand people tribes. The amnesiac Jedi, unknown to his employer, deftly avoided this by negotiating a reduction in attacks with the tribes’ chieftain. Eventually, however, Czerka did depart Tatooine, abandoning their sandcrawlers and their settlements.

Other enterprises included a work colony at Dreshdae on the ancient Sith homeworld of Korriban. Czerka supplied freighters and supplies to the local Sith school in accordance with its Sith alliance.

In the years after the war, Czerka sought to ingratiate itself with the victorious but shaken Republic through entrenching in the reconstruction effort of Telos IV. The deal was this: Czerka supplied workers and investment in return for exclusive exploitation of Telosian resources, including abandon war material found on the ground. Success, it was hoped, would bring similar contracts with other reconstructions. Czerka, however, clashed with the Ithorians running the project and the Telosian branch, in alliance with the local Exchange, acquired control of several restoration zones—all of which soon were ruined. But for the intervention of the Jedi Exile, Telos might well have followed.

Some time after the next Republic defeat of the Sith, Czerka, perhaps wanting to disassociate itself from its past, changed its name to Czerka Arms.

Czerka sold their products freely during the days of the Galactic Republic, for example Czerka Outland rifles to the Kaleesh during their war with the Huk, but signed a deal with the Galactic Empire when it rose to power. However, Czerka munitions made their way to aftermarket sales from warehouses, despite the official stance of the company. One example of this was the Czerka ZX miniature flame projector used by the bounty hunter Boba Fett.

Reputation and Ethics
Czerka, at least in its earlier days, was widely known as a successful, if unscrupulous, corporation. Illegal and unethical cash-rasing activities were tolerated, sometimes encouraged, by its sectorial officers so long as credits were uninterrupted and word did not leak out. Likewise, the politics of its customers were overlooked for the sake of markets. Also as might be expected in such a corporation, rumors spread of profiteering; that Czerka officials had allowed starvation of colonists when their high prices were not met. This distaste did not, however, compromise Czerka’s income.

Czerka also engaged in an illicit slave-trade. During the Jedi Civil War, Wookiees from Kashyyyk, regarded as savage brutes because of their animalistic speech and appearance, were a prime source. Violent resistance by the Wookiees reinforced this belief. Nevertheless, negotiations with the usurper Chuundar led to a mutual aid agreement in which Czerka supplied him with weapons with which to enforce his rule and he supplied it with slaves. As previously described, this agreement was ended when Revan aligned himself with Chuundar’s deposed father Freyyr and encouraged revolt. Chuundar was killed and Czerka evicted.

On Telos IV, Czerka’s illicit actions came to light and caused repercussions for the whole corporation. Under the effective leadership of Jana Lorso, encroachments were made into the Ithorians under Chodo Habat‘s reconstruction team’s sphere of influence. Alliance with the Exchange and deft exploitation of Telos’ own laws enabled Lorso to steadily marginalize the Ithorians. The arrival of the Jedi Exile changed this. Befriending Chodo and his herd, she gathered information which exposed Czerka activities.