Here is something strange. In Star Wars Insider #148 that the name of the Sith homeworld is called Moraband. This kind of puts an end to the Expanded Universe-derived Korriban planet name. Unless Moraband is referring to the homeworld of ancient Sith Lords, and not the Sith species (Korriban).

This will be kind of strange though since the ancient Sith Lords who discovered and enslaved the Sith species were fallen Jedi who caused the Hundred-Year Darkness around 7000 BBY. They weren’t born on one planet (Moraband). They were many Jedi from many walks of life who followed Ajunta Pall in his quest to use the dark side. Of course this is just all EU stuff, so as far as TCW is concerned it’s irrelevant. But if you’re trying to somehow keep the old EU alive with that sort of rationalizing, it doesn’t really work..

The Sith Lords of old were just fallen Jedi who were exiled after their defeat in the war and came upon Korriban (or now Moraband?).

The real thing is that, in Lucas’s story, these events never took place. To him, as per his backstory for the Sith provided in the Phantom Menance novelization, the Sith were founded 2,000 years before A New Hope by Darth Ruin, also a fallen Jedi. His lineage eventually gave rise to Darth Bane. That’s Lucas’s story of the Sith. Korriban and all the stuff with the Sith species, Ajunta Pall, etc is just non-canon EU (as far as we’re concerned now). 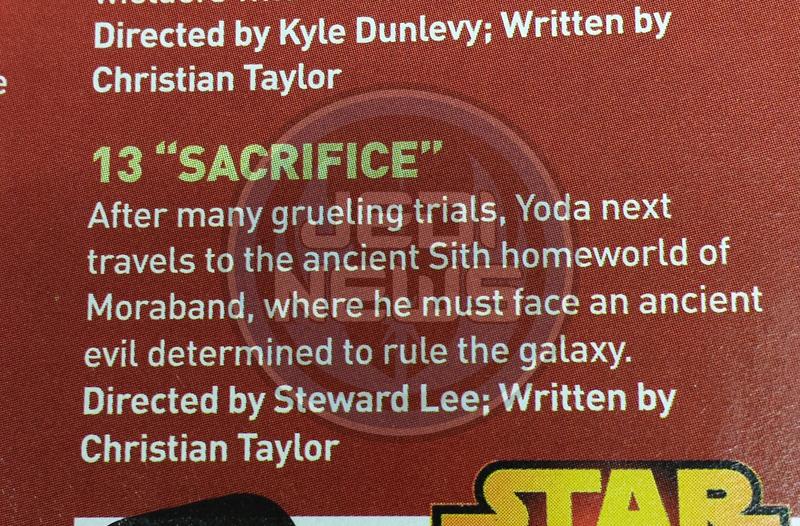 The image above (click for a larger view) was taken from the title and synopsis feature for The Clone Wars Season 6 ‘The Lost Missions’ located on page 11.

Edit: Bonus info: in Latin, “morir” means “to die”. There is another word, “moribund”, which means decaying or dying. Seems somewhat apropos for a Sith home world