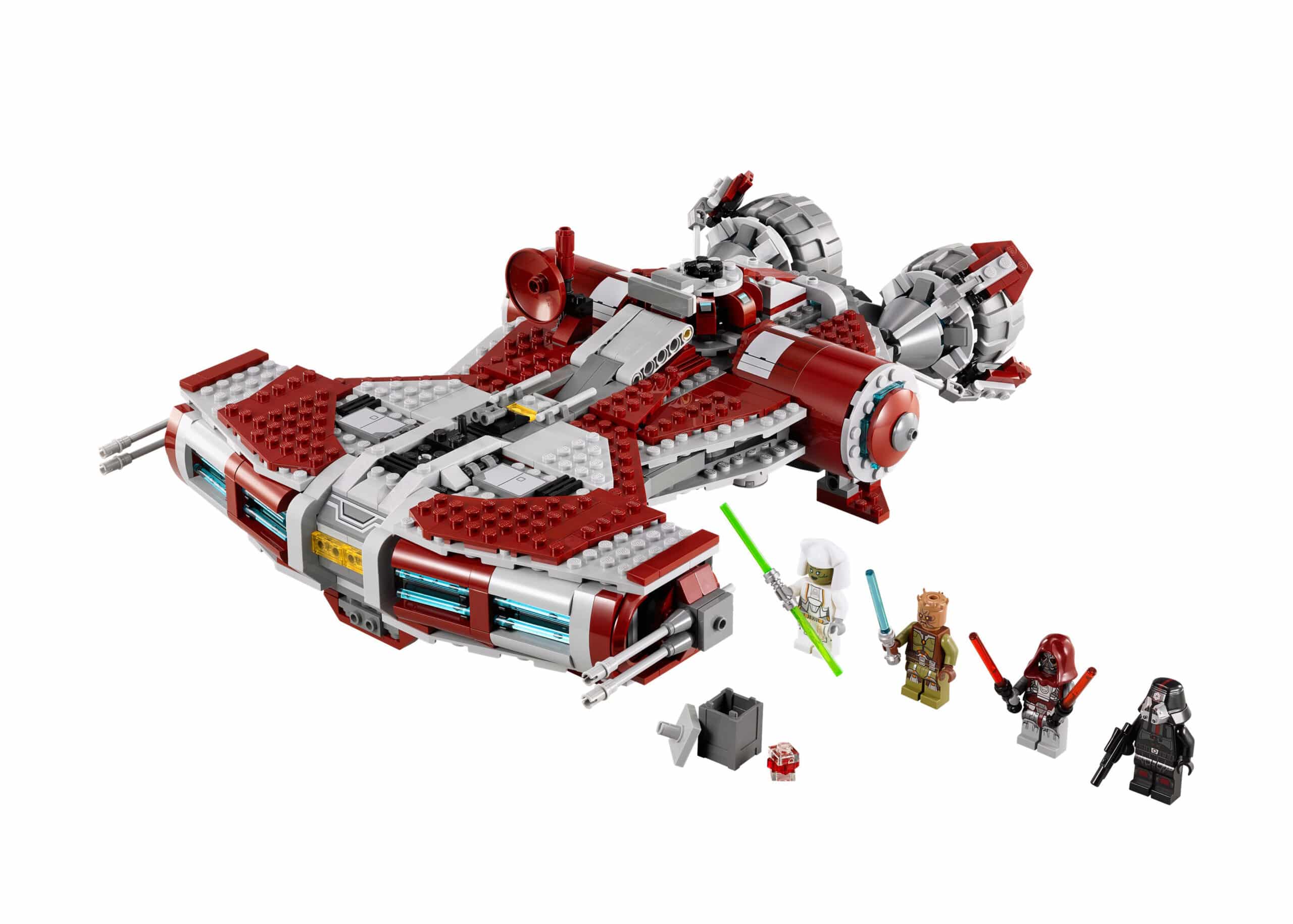 GrooveBricks have some new images of the upcoming Official Corellian Defender Lego set. We discussed the prototype back in September last year, were the creator needed 10k supporters to get Lego to make it. Apparently we are there now, and will hit the shelves some time this summer.

The Defender-class light corvette was a specialized vessel built for the Jedi Order, which they used throughout the Cold War and subsequent Second Great Galactic War. It was heavily shielded, and was armed with two sets of dual laser cannons and a complement of missiles.

This set includes a total of 927 pieces and it comes along with 4 Old Republic minifigs: Sith Warrior, Jedi Knight, Jedi Consular, and a Sith Trooper. The first three minfigs are new and have never been released before. I really like how the Jedi Consular looks. She’s got a white outfit and this might be the first Jedi LEGO has made with a white outfit.

Just like all of the second wave of 2013 LEGO Star Wars we should expect to see the Jedi Defender Class Cruiser on store this June/July. As for the price, we dont know yet how much it will cost.  Below you will find the full gallery with all of the images.

Two class ships out, four more to go. I am so looking forward to this. I like that they are including both a Jedi Knight and a Jedi Consular. And if buying this helps Lego show the TOR sets sell, and I can get my XS freighter… Count me in.