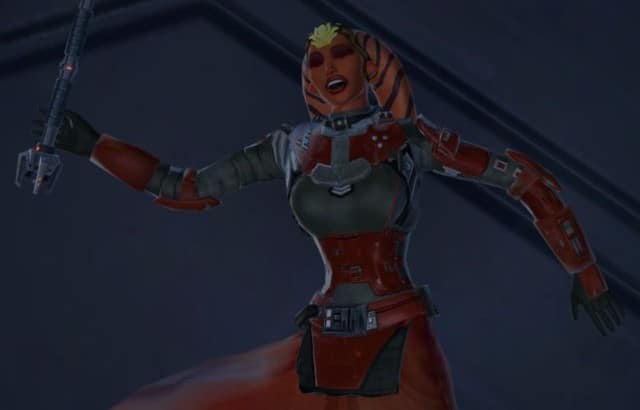 Every now and then we come across something that just really gets your giggles going. This is one of those types of posts. User djcecil2 posted to Reddit about how he had found a new side hobby in SWTOR, complete with pictures. Of dead players…

I’ve found a new side hobby while playing the game. Taking pictures of dead people.

It’s really quite hilarious! More than one commenter noted the dead faces’ resemblance to “O faces” which will probably lead you down a path of NSFW imagery and links. But honestly, it is pretty funny. How many times have you seen a dead player in a hilarious position? Sometimes it’s just the way the corpse falls and other times it can be an actual glitch in the game, like a body falling partly through the scenery, but it always makes for some laughs.

I know this is such a simple little thing that you might wonder why I’d bother writing a post about it and here’s the reason: It’s good to remember the simple things about a game and about having fun in general. SWTOR is a game. The other Star Wars games we enjoy, well that’s what they’re there for. It’s all about having a good time. Yes, some people take it seriously. Yes, some people play games competitively. But no matter where you fall on that spectrum, we should all still remember to enjoy it.

Silly little things like the screenshots of these corpses remind us to just have fun. This is what it’s truly all supposed to be about. If you lose that, you’re losing the magic and the purpose of the game to begin with. So next time you’re playing SWTOR (or any other game for that matter) don’t forget to have fun. Remember to laugh. Remember, it’s just a game and it’s supposed to bring you entertainment and joy.