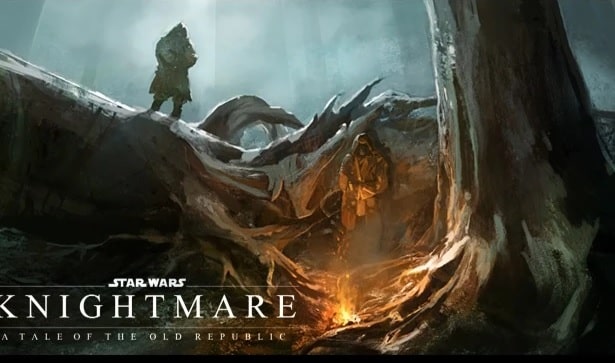 Before Malachor 5’s destruction. One Jedi must understand the dark side’s hold over the planet… Intrigued? We are so we’ll be following this little project for an Old Republic fan film and we hope you’re follow along as well. This is a project from Star Wars fan and filmmaker, Patrick Johnson. The indie filmmaker has made several short films over the past five years and his latest inspiration has us excited too.

Here is the plot:

“This story set in the Star Wars universe, 10 years before the rise of REVAN and MALAK during the MANDALORIAN WARS. A story that revolves around the beloved setting of the OLD REPUBLIC in the STAR WARS EXPANDED UNIVERSE. On the planet of Malachor 5, (Before its destruction years later.) a team of mercenaries of a republic operation runs into a problem with their team’s captain; now having slipped into a mysterious COMA. A Jedi from the Republic named Raylek Khan is sent to investigate on to why this mysterious incident happened in the first place. Only to discover that the team’s leader had possession of an old “Sith Holocron“”. Which was discovered on the planet. With the holocron being behind the captain’s sudden risk of death, Khan must find a way to bring him back. To free him from the dark side’s trap of the holocron’s evil.”

Want to know more about the guy making this film? Here’s his demo reel:

What do they need from you to make it happen? Actually, what they are requesting is very modest. Just $1500.

They have several great perk levels so you can choose one that fits your budget to help you support the film. It’s all about helping to keep the Expanded Universe alive. Honestly, we’ve seen a lot of fan films around here, many of them crowdfunded, and they come out great. As a community, we have to continue to support the efforts of Star Wars fans and I think this is a great place to start. So if you have a little extra cash, head on over and help them out and claim your perks! If you cannot support financially, there are still ways you can help, such as simply sharing the campaign.