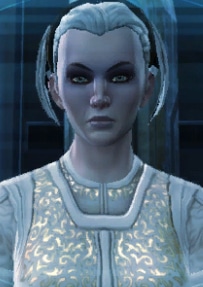 xZeroTolerence55x have uploaded the second part of the Meetra Surik the Jedi Exile from Kotor 2. story. If you have no clue who Meetra Surik is, she was a charismatic female Human Jedi Master who, while still a Padawan, followed Revan and Malak to war against the Mandalorians, in defiance of the Jedi Council. Because of this she was exiled from the Jedi Order and came to be known as the Jedi Exile.

Just prior to Revan and Malak’s fall to the dark side and the Jedi Civil War, Meetra Surik returned to Republic space to face trial with the Jedi Council and was stripped of her connection to the Force, exiled from the Order and spent several years wandering the galaxy.

The near extermination of the Jedi Order at the hands of the Sith Triumvirate resulted in her reconnecting to the Force and leading a desperate fight to stop the Sith. During her mission to stop the Sith, she trained the Jedi that would eventually rebuild the Order and restore peace to the galaxy. She then returned to the Unknown regions to find and aid Revan.

You can also check out part 1 here.