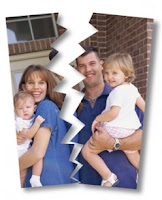 An article on US News, just in time for Valentine’s Day, reminds us that doing things too much without your spouse could put a strain on the marriage. Whoda thunkit? MMORPG giant WoW was singled out in the piece but other MMOs were named the culprit as well. The article covers a study done on 349 couples where at least one spouse games online.

According to US News, “The results confirmed what Neil Lundberg, one of the study’s authors, already suspected: “Gaming widows,” spouses who lose the attention of their significant other to gaming, aren’t happy with their marriages.”
Fill in the word “gaming” in that sentence with anything else and you get the same result- gambling, cheating, eating, watching football, picking their nose…
Not spending time with your spouse = a strained marriage. Gaming is just the scapegoat once again in another poor study that makes video games the bad guy when in fact it comes down to couples lacking communication and intimacy with one another.
The article goes on to say:
More than 65 percent of spouses who don’t play video games said they fight with their husband or wife about gaming, and 75 percent of respondents said that their spouse’s habit has negatively affected their marriage.
It goes on to tell us that Lundberg believes the “problem” is much worse.
“There’s a group of people out there we weren’t able to tap into,” he says. “Interested spouses would say things like ‘I would love for my husband to take this survey, but there’s no way he’ll get off the computer long enough to take it.’ … You don’t want to take a survey on marital satisfaction when you’re on the verge of divorce.”
So we get the point they are trying to make here is that when one spouse games and the other doesn’t, the non-gaming spouse gets angry and/or jealous that time is not being spent with them.
So what about couples who do game together? The article has this to say:
On the other hand, it seems like couples who play together, stay together: 74 percent of couples who played MMORPGs together reported gaming as having a positive effect on their marriage.

So what we can take from this “official” study is that couples who do things together get along better? Wow… who funded this research?

Marriages fail because people give up. They stop trying to make it work. For one reason or another, one or both members of the relationship give up.

If your marriage is in trouble and you’re a non-gamer who thinks your spouse spends too much time online, stop the nagging and start loving again. Consider taking an interest in their games – you might find something you enjoy doing together. But even if games are not for you, it’s important to make time for your relationship. If your spouse is trying to “hide” in a video game instead of spending time with you, consider what problems led to this situation in the first place.

Instead of fighting over the game, consider ways that you can spend quality time with your spouse once again. Blaming the game for all of your marital troubles will only make problems worse, take attention away from the real source of your problems and cause your spouse to retreat even farther into a world where things are less stressful and your spouse has more control.

Personally, I enjoy gaming with my spouse. We were both gamers before we met and we greatly enjoy playing MMORPGs together. However, we don’t always play games together and we don’t play all of the same games. We game together and also independently. We also do other things together. We golf, we walk, we watch movies, we pursue one another’s hobbies and interests. Gaming enhances our relationship by allowing us to do something together that we both enjoy but gaming doesn’t define our relationship.
Whether you and your spouse are on the rocks or rocking the loveboat, gaming is not to blame. Your choices are responsible. Every day you have a choice to make about your marriage. What choice will you make today?