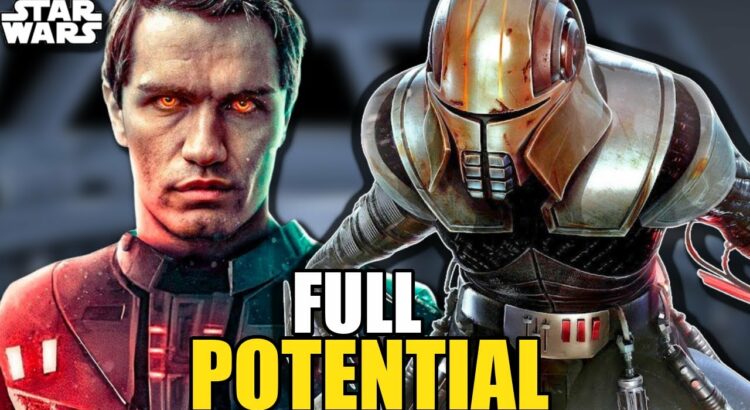 But just how powerful is Starkiller? In the game, Starkiller is depicted as an extremely formidable force user, with abilities and powers that far surpass those of the average Jedi or Sith. He is able to wield the force with incredible skill and precision, using it to enhance his physical abilities, such as his speed, strength, and agility. Starkiller is also a skilled lightsaber duelist, able to defeat multiple opponents at once with ease.

One of Starkiller’s most impressive abilities is his ability to harness and control the force lightning. He is able to unleash powerful bolts of electricity from his fingertips, capable of killing his enemies in a single strike. Starkiller can also use the force to create force fields and shields, protecting himself from enemy attacks.

In addition to his offensive abilities, Starkiller is also able to use the force to heal his wounds and regenerate his health. This allows him to withstand even the most powerful attacks and continue fighting. Starkiller can also use the force to influence the minds of others, convincing them to do his bidding or even making them see things that are not real.

But Starkiller’s powers are not limited to just the force. He is also a skilled pilot and mechanic, able to repair and fly various ships and vehicles. Starkiller is also a skilled hand-to-hand combatant, able to take on multiple opponents at once using a variety of martial arts techniques.

So just how overpowered is Starkiller in the game? It’s difficult to say for sure, as it largely depends on the player’s skill level and how they choose to use Starkiller’s abilities. However, it is clear that Starkiller is a formidable opponent and one of the most powerful characters in the Star Wars universe.

But Starkiller’s journey is not without its challenges. Throughout the game, he is faced with difficult moral choices and must decide between following the path of the Sith or embracing the light side of the force. Starkiller’s ultimate fate is ultimately left up to the player, with multiple possible endings depending on the choices made throughout the game.

Despite his impressive powers and abilities, Starkiller is not without his weaknesses. He is vulnerable to the same dangers as any other mortal, and can be killed if he is not careful. Starkiller is also prone to anger and emotion, which can sometimes cloud his judgment and lead him down a dangerous path.

Overall, Starkiller is a complex and powerful character in the Star Wars franchise. His abilities with the force and his skills in combat make him a formidable opponent, but it is his personal journey and moral struggles that make him truly memorable. Whether he ultimately falls to the dark side or embraces the light, Starkiller’s legacy will continue to live on in the hearts of Star Wars fans for years to come.