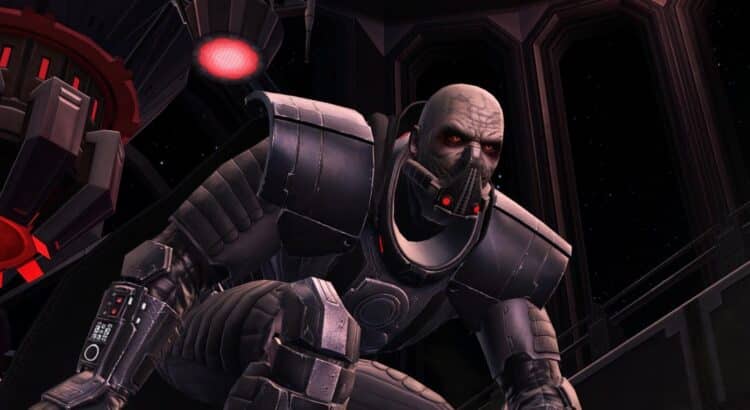 The False Emperor flashpoint is a level 50 group content that can be found in the Star Wars: The Old Republic (SWTOR) game. It is set in the game’s version of the Star Wars universe, approximately 3,641 years before the rise of the Galactic Empire and follows the story of the player’s character as they join forces with the Republic to defeat the Sith Emperor, who has seized control of the galaxy.

To start the flashpoint, players must have access to the Forged Alliances storyline and have completed the “The Price of Power” mission. The flashpoint can be initiated by speaking with Satele Shan, the Grand Master of the Jedi Order, who can be found in the Jedi Temple on the planet of Coruscant.

The False Emperor flashpoint consists of four main bosses and several trash mobs. The first boss, High Councilor Dar’Nala, is a Sith Lord who was once a member of the Dark Council, the highest governing body of the Sith Empire. She is accompanied by several Sith assassins and can use a variety of dark side abilities to attack the player’s group.

The second boss is Lord Jadus, a powerful Sith Lord who serves as the Emperor’s chief enforcer. He is a formidable opponent who can use lightning and other dark side abilities to attack the group.

The third boss is Darth Malgus, a Sith Lord who was once a member of the Jedi Order. He is a skilled lightsaber duelist and can use a variety of Force abilities to attack the group.

The final boss is the Sith Emperor himself, a powerful Sith Lord who has seized control of the galaxy and seeks to enslave all life. He is a formidable opponent who can use a variety of dark side abilities to attack the group.

In addition to the main bosses, the flashpoint also features several trash mobs, which are lesser enemies that the group will encounter throughout the flashpoint. These trash mobs can include Sith soldiers, droids, and other enemies, and can be challenging for the group to defeat if they are not prepared.

To successfully complete the False Emperor flashpoint, the player’s group must defeat all four bosses and any trash mobs that they encounter. Upon defeating the Sith Emperor, the group will be rewarded with gear, credits, and other items, as well as the satisfaction of having helped to restore peace to the galaxy.

Overall, the False Emperor flashpoint is a challenging but rewarding group content experience for players of SWTOR. It offers a chance to join forces with the Republic and take on some of the most powerful Sith in the game’s version of the Star Wars universe. With the right strategy and coordination, players can emerge victorious and earn valuable rewards for their efforts.