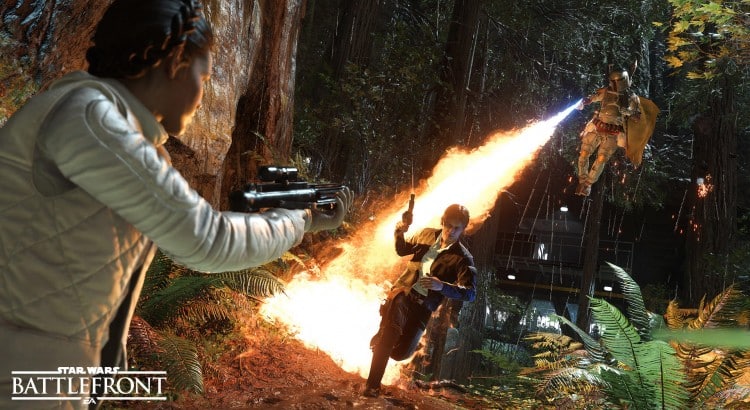 If you’re playing Star Wars Battlefront, GottaBe Mobile has some mistakes they say you should avoid. Who has ever gotten into a new game and after playing for awhile, realized things you wish you had known early on? It’s just one of the things that comes with starting a brand new game early. One reason a lot of gamers enjoy playing the beta of a game is that they get some of these mistakes out of the way early. Of course, things can still change from beta to launch game mode so it’s not a foolproof method.

All of that said, it can be fun sometimes to look at the advice and tips lists of other people, whether you’re new to the game or have been playing since the beginning and that is exactly what we’re going to do here with this post on Battlefront.

So here are some of the mistakes they list:

Don’t cheat – Shouldn’t this be kind of a given? I mean, I know cheating is prevalent in games, especially online shooters, but that doesn’t mean I understand it. I mean, on the surface I get it. People cheat or exploit the game in order to get ahead in some way. Some people do it for curiosity. Some people do it to appear more knowledged and experienced in the game. Those reasons aside, you still know the risk you are taking when you choose to cheat in a game. And with a game that costs as much as Battlefront, I don’t think I’d want to take any risks like that.

Don’t waste early credits on your looks – I get the reason this is on the list. You need those early credits to fund important stuff. That said, if you don’t like the look of your character, you might not bond as well with it. Having a bad ass looking character is one reason a lot of people play games like this. I think you should do whatever you want with your credits. I don’t think I’d really call this a mistake. Blow your money and make yourself look good if that’s what does it for you. Just know that when you come up short on needing new weapons and cards, you’ll have to figure out where to get more.

Don’t ignore the map – This is another one that seems obvious but on second thought, I can see why it made the list. How often have you gotten caught up in the game, especially a new game you’re still learning, and forgotten to make full use of your map? It happens. It happens to some people more than others but it definitely is something I can understand. So yeah, use your map people.

If you want to see the other 7 mistakes they say you should avoid, head on over and check out the full article for yourself. Is there anything you would add to the list?