Here is the Star Wars: Battelfront  community calender for December 2018:

Heroes are being unleashed in Galactic Assault once again. During this weekend event, heroes can be unlocked for 75% off their normal battle point cost, with up to 9 per side playing simultaneously.

The Life Day Event features 25% off heroes, vehicles, and reinforcements in Galactic Assault plus 50% increase in XP earned in all game modes. Front end theme will change every few days of the event, focusing on a different location and era, with a heavy, random rotation of featured heroes.

This new year brings a whole new meaning to the term “Unleashed.” All bets are off in Galactic Assault with 9 heroes available per side playing simultaneously, 75% off Battle Points for heroes, vehicles and reinforcements, and no spawn timer. 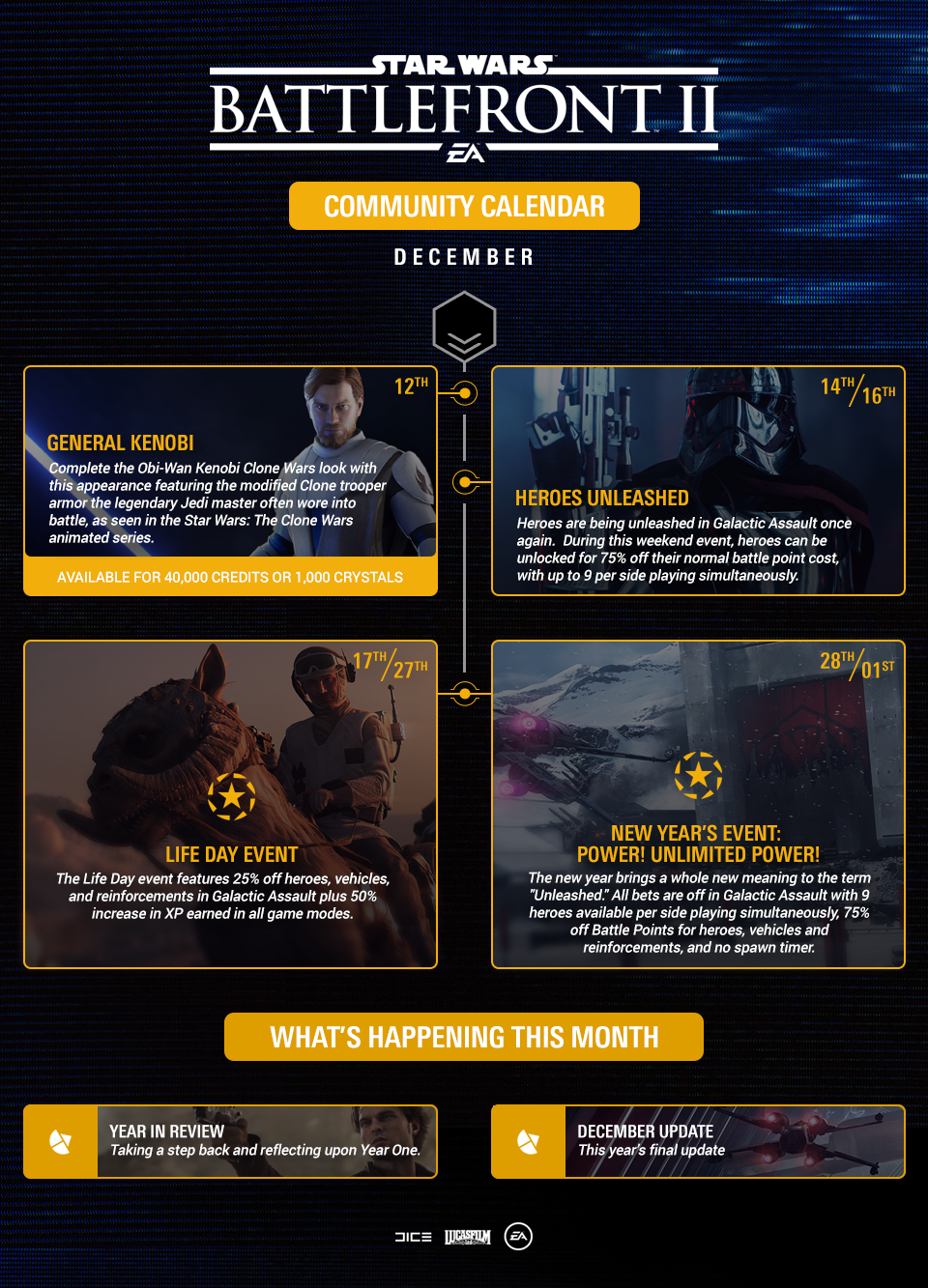