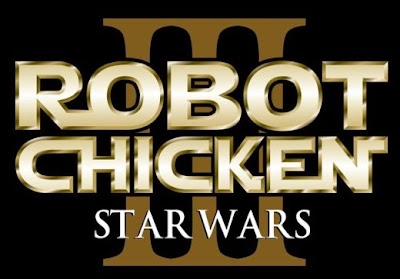 In the pantheon of Star Wars material, my favorite movie is The Empire Strikes Back. My next favorites? The Robot Chicken specials.

So I was thrilled to read that over the weekend the writers on Robot Chicken: Star Wars Episode III just won an Annie Award for Writing In A Television Production.

Congratulation to all the winners!

The Brewmasters at Cartoon Brew have all the details on all the winners. Be sure the read through the comments while you’re there!