The step above Columi is known as Rakata and when the game was released was the highest level of gear.  This level of gear requires a player earn the appropriate tokens.  It’s nearly identical to the Columi system above, however, you must take on a higher level of challenge to earn them.

Rakata tokens are mostly earned from Operations.  The one exception to this rule of the chest token which is dropped from the final boss of the only Tier 2 hard mode flashpoint, Lost Island.  The link at the bottom shows the specific drops by boss, but in general you’ll need to complete hard mode tier one operations (Eternity Vault and Kagara’s Palace) and / or story mode tier two operations (Explosive Content and Terror from Beyond).  Rakata’s gear has a rating of 58. 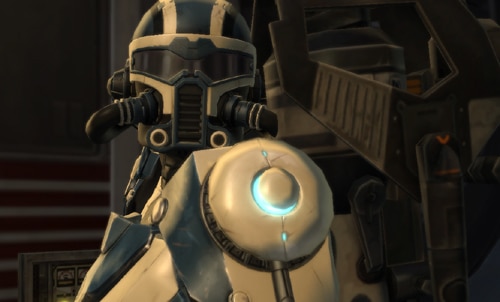 With the expansion into more difficult operations came a new level of gear.  Currently Black Hole is considered the mimium level of gear needed to taken on the highest difficulty operations.  The system however is closer to Columi than it is to Rakata in that it can be gained either through token drops in operations or commendations.

The first way to acquire this level of gear is through commendations.  At this time there are numerous ways to earn them via questing.  Most of these are found on the supply terminal and usually involve defeating specific hard mode flashpoints or operation bosses.  The LFG provides 5 commendations once per day if you queue for a random hard mode flashpoint.  You can also earn a chest which contains an additional 10 commedations for using LFG to complete story modes of the tier one operations.  Each of these can only be done once per week.  Another common method is to complete the endgame daily quests on Section X, Black Hole and Ilum at least once per week to earn an additional 6 commendations per set.  Finally, bosses in hard mode tier two operations will drop 5 commendations per player.  Similar to columi, the main hand weapon cannot be purchased using this method.

Tier two story mode operation bosses can also drop black hole gear tokens.  Use the link at the bottom as a guide.  Black Hole gear comes in four ranks call MKs (marks).  Typically, the higher the rank the better the gear.  Gear purchased from the vendor using commendations is always MK-1 gear but gear dropping from bosses often exceeds this.

Black Hole gear like columi should be earned using a combination of methods described above.  Usually saving up and purchasing the gear will be faster than relying on specific drops, but the dropped gear will often be superior.  Black Hole gear has a rating of 61. 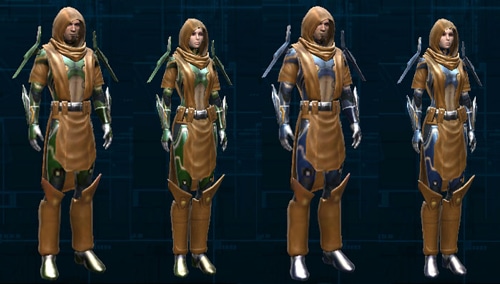 Considered to be on par (or slightly better) with black hole gear, Campaign gear was until recently the highest level of gear available.  There are a few differences between campaign and black hole levels of gear.

Secondly, set bonuses for campaign are tied to the armoring and not the shell.  Meaning you can move an armoring to a different appearance item and still retain the set bonus giving this set better versatility.

Finally, only the armorings can be purchased using black hole commendations.  Tokens for this set drop exclusively in the hard mode explosive content operation and are NOT class specific.

The highest level of gear currently available in the game is Dread Guard Gear.  It is only available using tokens and they are only found in either hard mode Terror from Beyond or nightmare mode Explosive Content.  Tokens for this level of gear are functionally similar to campaign in that the set is tied to the armoring and not the shell.  Dread Guard has a gear level of 63. 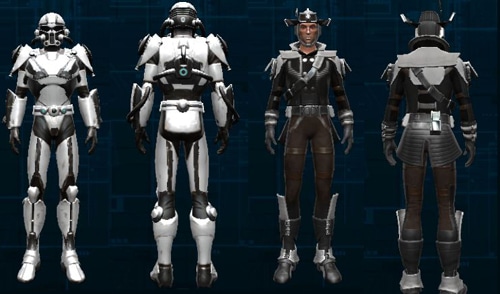 Trooper and Smuggler in Dreadguard gear

Augments
Every piece of gear in this game, including relics and implants, is subject to being augmented.  To do so, one must first get an augmentation kit and augment modifiction (either purchased or through crafting), then visit a work bench (there is one on the fleet in the crew skills section) and use the kit to augment their gear so the mod can be placed into it.

While there are several different types of augments, which would take a full guide to explain, the current maximum level is 22.  While 18 more points to a primary stat and 12 to a secondary stat may not sound like a lot, when you augment 14 different pieces it’ll add up very quickly and make a huge impact.  Once you know you want to keep a piece of gear around for a while you should definately look into having it augmented.

Part One can be found here