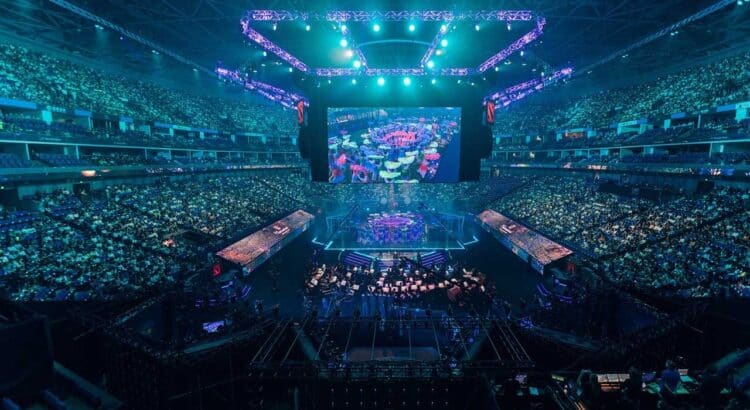 The tenth tournament of The International series, the biggest event in the cybersports discipline Dota 2, was supposed to take place back in August 2020 in Sweden. However, this tournament was interrupted by the coronavirus pandemic. The organizers had to move the International to October 2021. The prize pool exceeds $40 million. Tenth The International 2021 will be held October 7-17 in Bucharest. The format of the Int Dota 1 has not changed. In the first stage, participants will determine the strongest in the group tournament. 18 teams will be divided into two groups. The final stage will go to the top 8 teams in each group. This round will be held in Double Elimination format.

Initially, it was planned that Sweden will host the main event in 2021. However, the organizers of The International had serious problems with the Swedish government. The essence of these problems was the impossibility of obtaining visas for all participants of eSports organizations. The organizers tried to convince the Swedish government to give cybersports the status of an official sport. However, all attempts were in vain.

Given such a situation, Valve was forced to consider alternative options for organizing the International 2021. Among the many options, Romania’s offer seemed the most interesting. The choice in favor of this country was because here is based a well-known organizer of eSports events – the company PGL.

Format of The International 2021

The elimination matches will be decided by Double Elimination. The lower net will determine the participants in the deciding games in a best-of-1 format. The top net will be in a best-of-3 format. The Grand Final will traditionally be held in bof5 format.

A little about the main thing:

Free Compendium in honor of The International 10

With the release of a new update for Dota 2 added a free compendium to celebrate the upcoming start of The International X. Players will have access to a compendium card page and a talent list.

As the tournament approaches, the compendium will include predictions, fantasy leagues, and a variety of rewards. These will include classic items in black and gold style. Users will also be able to make their predictions for The International 10 and receive ten freebase kits with playing cards.

Team support kits can be purchased at a 50 percent discount. For bronze, silver, and gold sets, players will receive standard and team packs. Valve has also updated the spectator interface, making it more convenient for users.

The cards have become part of the team’s support kits. So, “as a reward for exemplary commitment,” the developers gave out additional sets of cards to members of support clubs:

Due to the pandemic, TI 10 Dota 2 tournament was originally canceled, but it will soon return triumphantly. With that in mind, Valve is once again introducing an international Dota 2 battle pass. Players have the opportunity to complete hundreds of levels. In doing so, they can earn unique in-game resources and gain access to new features. 25% of all Combat Pass revenue will also be donated to the tournament prize pool.

Developers international Dota 2 Battle Pass has three versions, at the expense of which the player gets a head start on levels. This is worth paying attention to when deciding which Battle Pass rates are right for you.

Once players become battle pass holders and begin to level up and unlock rewards, they will have the option to buy levels in smaller sets. Players can buy 5 levels for $2.49, 11 levels for $4.99, and 24 levels for $9.99.

Did everything include in the combat pass?

Valve has added guilds to the game. Guilds allow players to band together and fight together in dedicated groups. In addition to this, players can earn rewards. Any player can join a guild, but only battle pass holders can create a guild in Dota 2. You can consider this one of the bonuses players get when they buy a battle pass.

The Dota 2 Combat Pass includes many rewards that players can earn and display on the battlefield. This list includes the Arcanic Resonance Beam. It is an item on the arm that has a laser. And a new Protuberance weapon with customizable Blinding Light effects.

Where to watch The International 2021

The International Dota 2 broadcasts will be available on official Twitch channels, Valve’s SteamTV streaming service, and in the Dota 2 client.

What do I do if I don’t understand something?

That’s normal. Those who have been playing for several years sometimes don’t understand anything either. But in general, it’s better to watch The International with friends or in a large group of like-minded people. “Dota is a very complex game. There is a trite but universal comparison – it is a game of interactive chess with a huge number of variables. Teams control heroes, buy them artifacts, finish off creeps, demolish towers, fight each other, keep an eye on the overall economy. It all comes down to taking down the central building. Kind of like mating a king. Also, watching this exciting game, you can think about bet Dota 2 real money.