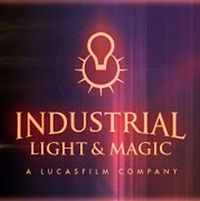 The incredible evolution of George Lucas’ special effects dream factory, including an inside look at “Star Wars: Episode One – The Phantom Menace.”

I am always interested in behind the scenes programs. “”Star Wars to Star Wars: The Story of Industrial Light & Magic” gives a good behind the scenes look at Star Wars plus many other movies that ILM has been involved with over the years. It is fascinating to see the way special effects have evolved from the original models used in Star Wars to the modern computer generated images. It is also reasonably entertaining without being too distracting.

I do have one really big problem with this show. They showed special effects from many ILM movies (Star Wars, Terminator 2, Jurassic Park, Men In Black, Forrest Gump, etc…). However, they did not even mention the Star Trek movies. ILM have done the special effects for all but two of the nine ST movies. Their work has included special effects sequences such as “The Genesis Tape” from Star Trek II (1982), the fully computer generated Enterprise B inside the Nexus ribbon in Star Trek Generations (1994) and the space walk fight with the Borg on the outside of the Enterprise E in Star Trek First Contact (1996). According to “The Art of Star Trek”, the Genesis Tape was “the most spectacular use of computer-generated imagery yet to appear in a movie”. This sequence took ILM six months to create, yet it was completely ignored by this show. Surely Star Trek deserves at least a mention in this program when it is about Industrial Light & Magic, not just Star Wars.