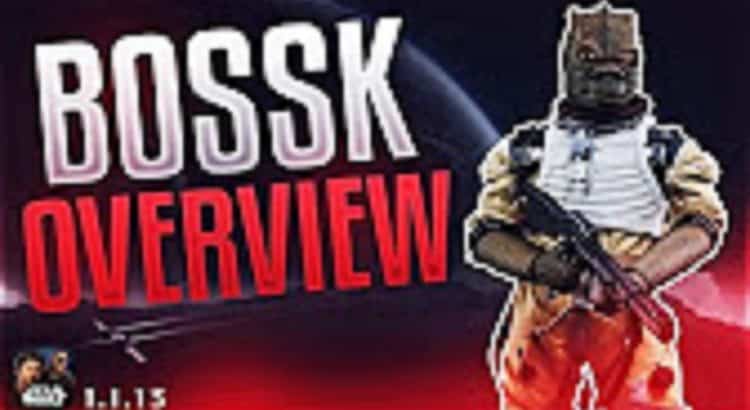 Star Wars Force Arena is a mobile real-time PVP game from Lucasfilm Ltd. and Korean app company Netmarble Games. We’ve covered it here on the site before and you may have seen it written about elsewhere also. It’s a multiplayer online battle area game that lets you pit iconic Star Wars characters against one another. Imagine Darth Vader, Princess Leia and all of your other favorites having mini battles. It’s great! You can also build your own dream team to battle it out and you can play against your friends.

It’s a fun little mobile game to give you something to do on your phone when you’re just passing the time, or to play regularly if you really get into it. You can play as all of the iconic Star Wars characters. It features characters, location, and technology from the Star Wars saga up to Star Wars Rebels and also Rogue One: A Star Wars Story. At release, there were 65 characters to choose from. One of those is, of course, Bossk. So if you want to learn a few tips and tricks to playing this character better, I found a great video from SirKykoo.

He also did a video tutorial on Boba Fett that we’ve covered here on the site, too. This particular video is a little over 3 minutes long so you can give it a quick watch pretty much any time. It’s also a great way for you to see some actual gameplay footage if you’re new to the game or still deciding whether or not you want to play. He does his tips and tricks as a voiceover to actual gameplay footage.

Check out the Bossk overview here: