(If you’re curious, you can get a peak inside the SIS in the upcoming Star Wars: The Old Republic – The Lost Suns comic, which features a Republic spy as its lead. The SIS isn’t the focus of the story, but it has a role to play. Here ends my plug. )

Alexander Freed, senior writer of SWTOR, is the comic writer as well so we can expect good things from The Lost Sons.

Dark Horse says the story, ““…intertwines with the narrative of the game, revealing secrets players will find nowhere else.”

In SWTOR, the Republic’s covert intelligence agency is the Strategic Information Service (SIS), and–as you surmise–it has its hands full dealing with the galactic cold war. The SIS turns up in a number of class stories throughout the game, as well as in several faction-wide quests.
The SIS is a very different beast from Imperial Intelligence–it’s a much smaller and a much newer organization, without the enormous network and arcane bureaucracy of its Imperial counterpart. Until the Empire returned, the Republic didn’t need a gigantic intelligence apparatus, as the galaxy was at peace and the Senate prefers not to spy on its own people.

Can’t wait to check out the comic myself. What about you? 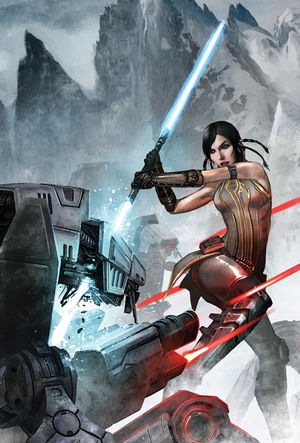