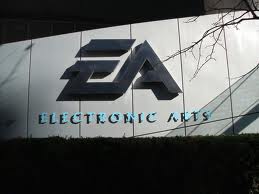 The next 12 months will prove to be very important to Electronic Arts (EA). While they had many things to be happy about in their recent company earnings call, they will also be held accountable over the next year to many predictions and investments.
Gamasutra reports that the next 12 months could make or break EA. There are a lot of things working in the favor of EA but it’s too soon to start celebrating victories. While their revenues and earnings per share were higher than expected, and they reported a shift to a more aggressive stance at several fronts, there is still room for things to go wrong over the next fiscal year.
CEO John Riccitiello said, “We’re shifting to offense and running plays no other company can,” which is a big promise they have to hope they can hold up to.
They are going in a positive direction working on new, exciting endeavors, hiring on some of the best of the best in the industry and making the leap into digital distribution. All of these things sound great to an investor’s ears.
But EA will still have some challenges, particularly in some of the new arenas they are seeking to penetrate. Disney is pushing Facebook games as a big priority and Steam still has a pretty big handle on digital distribution and the social scene. (I’m a big fan of Steam myself; account holder since 2005). Activision-Blizzard even has Battle.net.
Despite the challenges, Riccitiello has big plans for the company’s future, “Over the coming years, we will transform EA from a packaged goods company to a fully integrated digital entertainment company. We’re transforming EA to a games-as-a-service model.”
It’s hard to say exactly what will happen with it but we do know that the next 12 months could prove very important for EA. Will they live up to their big plans?