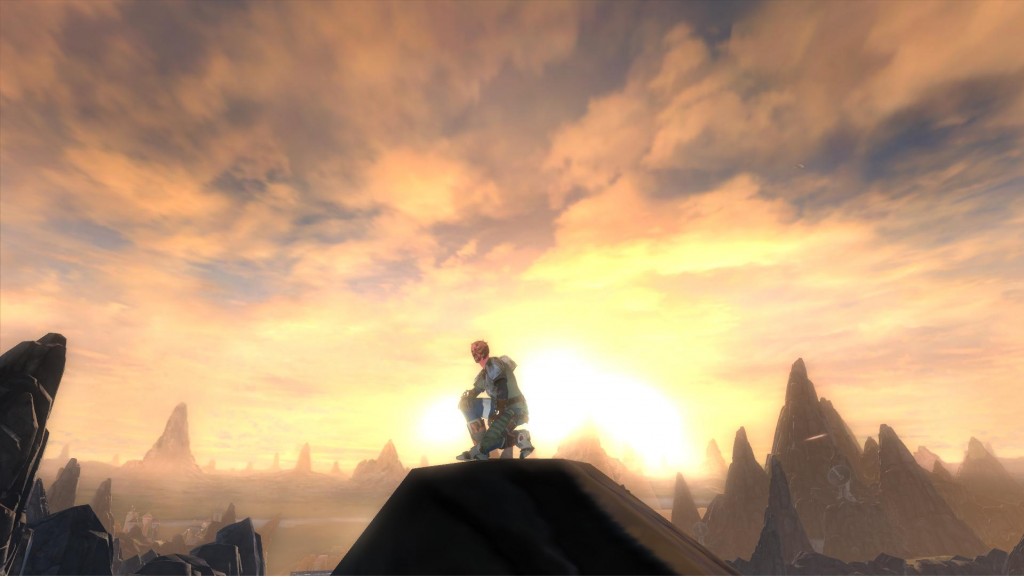 BioWare have a new Community Q&A for us, and this time it delves into deception Assassins, Operatives, and the new planet of Makeb. Lik elast week it’s pretty short but indeed a worth a read. Check it out below:

Anzel: Credit Sinks appear to be one of the hot topics in the community right now. Are there any chances of severely lowering or possibly removing some of these at this early stage in the game?

Damion Schubert (Principal Lead Systems Designer): Now that 1.3 has been out and legacy perks have been in the system for a while now, we will be looking at our credits sinks, particularly the perks, to see how they are performing. It is quite likely we will make some adjustments based on what we’ve learned.

BobertCole: Could you elaborate please on what role you see deception Assassins playing? Are they close to operating in the way that was envisioned?

Austin Peckenpaugh (Senior Designer): First, as to whether or not they’re operating close to what we envision, the answer is “depends who the operator is.” From the videos, logs, and anecdotes players provide us, it’s really very much the answer for all specs – some people “get it” and play it to its potential, and some people don’t. Frequently, the ones who “don’t” are hitting brick walls because their expectations for what a spec should be like or should be capable of are different than what the spec is designed for.

In the case of Deception Assassins, we see and hear about a lot of players expecting to go toe-to-toe with tough enemies. They expect that since they’re a melee spec, they should have the survivability they need to withstand the frontlines. That’s true for some melee specs, but that’s not what Deception Assassins were designed for. Deception should epitomize “hit-and-run” and “lone wolf” gameplay. Obviously that’s less the case in Operations boss encounters, but if this is a question of sustained DPS, the short answer is that they hit within the same 5% “grace window” targeted by every DPS spec in the game.

In solo and PvP environments, Deception is meant to be a high burst, high mobility, shutdown spec. When played properly, they provide some of the highest burst and highest pressure in the game. However, Deception is not a great partner. He can’t take hits, his shutdown requires that he set the pace of the fight, and his escapes leave allies open and vulnerable to counterattacks. I say that, but I’ve seen players dash my expectations and turn Deception into a spectacular teammate. Unfortunately, I’ve seen many more players try to facetank and fail. Assassins have a great team support role – Darkness; they also have a great well-rounded, high utility role – Madness. We left Deception to take the opportunity to do something fun and very different, but that comes with the risk of missing player expectation. If you like Deception and you want to pull it off, my suggestion is that you pick your fights and plan ahead, but I’d also warn that Deception is a spec of extremes – I would not describe it as “well-rounded.”

Coldin: Every class who fights primarily in melee range (Assassins, Warriors, Powertechs) gets some kind of ability they can use to close the distance outside of 30 meters. That is except for Operatives. What’s the reasoning behind the Operative’s apparent lack of ability to quickly get within range to deal their most powerful attacks?

Austin: In PvP, the short answer is a combination of stealth (including Cloaking Screen), the ability to self-cleanse, and the ability to self-heal. Operatives also benefit from a good deal of control with snares, Sleep Dart, Debilitate, and Flash Bang, with additional roots, snares, and knockdowns available in skill trees. However, those things don’t offer much benefit in boss fights that demand a high level of mobility and target switching. The question for us becomes one of how to best introduce a “fix” for a few encounters without dramatically impacting gameplay in other game modes or environments. That’s a much longer answer, and something of an ongoing discussion. High mobility fights and encounters with a lot of target switching are proving to be fun ways for our Operations designers to challenge players. So with that theme keeping up, this issue is quickly floating to the top of our priority list.

Sindorin: When you’re discussing a new planet, what sort of criteria do you guys lay out for the design process? How do you determine what’s in or out, and what sort of backstory or lore goes into it?

Alex Freed (Lead Writer): Any new world needs to feel different from the worlds around it (in game terms, the worlds with level ranges just above or below its own), and it needs to push the overall themes of the story forward. So we might start with basic requirements like “We want to show the Republic going on the offensive,” and “We want a wilderness world, since we’ve done a lot of urbanized planets lately.” Defining these basic requirements isn’t too difficult–they can usually be determined with an hour or two of group discussion.
After that, it gets more difficult. Figuring out the details of the world (including whether we want a canon planet to fill the role, or if we want to create a new planet altogether) takes much longer, but the basic criteria stay the same: Does the backstory fit the requirements outlined? Does the planet sound fun to play through? Is it practical? (If the art department can’t build a planet full of, say, 90-foot-tall giants who use buildings as melee weapons, then that idea isn’t practical, no matter what writing may want). Elements that contribute to the overall goals of the planet are retained; elements that don’t get put to one side.

Writing, art and world design work together closely during this process, and if all goes well, we get a planet that has a clear purpose while being broad enough to support a wide variety of interesting missions.

Talius-LH: Is there any plan in place for either re-implementing the removed codex entries and titles or removing them entirely from the codex?

Damion: The codex will get a clean-up pass in the not-too-distant future, and at that time, we’ll be either removing the entries that are no longer obtainable or re-enabling some those removed entries if it makes sense to do so.