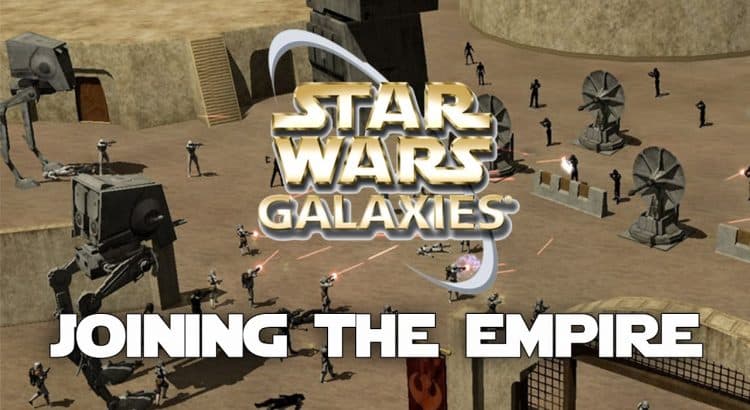 If you have fond memories of Star Wars Galaxies, here is a video that will take you back. If you’ve been playing over at SWGEmu, then you’ll also appreciate this video. If you’re a Star Wars or Star Wars game fan who has not played SWG, you will still find this interesting. The video below takes a look back into the very popular game. While the official servers closed before SWTOR launched, you can now play the game once more if you still have an original copy of the game. The emulator allows you to experience the game as it was before, despite the official servers being dead long ago.

So whether you wish to wax nostalgic about SWG or learn more about this defunct game that Star Wars gamer fans keep talking about, you will appreciate this video. It’s going to take you from the very beginning of explaining what SWG was, to where it is today and how you can still play if you want to check it out for yourself. It will show you gameplay from a variety of aspects of the game. You can see the character creation screen, missions and flight and more. It’s a long video but if you have the time, you should definitely give it a watch.

CaptainShack jumps back into Star Wars Galaxies a classic MMORPG that’s been kept alive by the dedicated and talented devs over at SWGEmu. See for yourself here, from TheXPGamers:

So what do you think? Does this make you miss SWG or what? Are you already playing on SWGEmu?