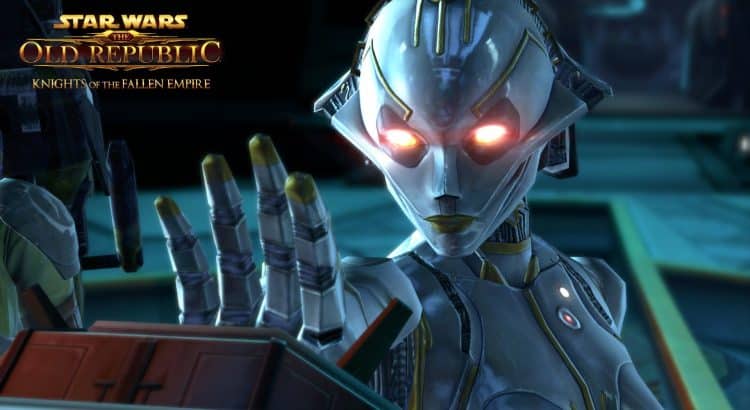 BioWare just leased the teaser for the next chapter, in Star Wars: The old republic Knights of the Fallen Empire. This one is named “GEMINI Deception” Check it out below:

Lead the assault against Arcann’s fleet in ‘The GEMINI Deception,’ coming June 30th in the episodic story, Star Wars™: The Old Republic™ – Knights of the Fallen Empire. Prepare to embark on a dangerous mission to land a fatal blow against the Eternal Empire!

Alongside the mysterious and deadly Droid SCORPIO, the Outlander’s team must infiltrate a Zakuulan warship and face Arcann’s formidable force of elite soldiers. When the mission goes awry, the Outlander must find a way out of a deadly trap – only to be faced with the ultimate betrayal.

Knights of the Fallen Empire — including ‘The GEMINI Deception’ — is free to all Subscribers, and new players can jump right into the story with a new Level 60 character. Plus, subscribe by July 1st to get Early Access to the upcoming Chapter 16, in addition to the bold new HK-55 Victory Stronghold Decoration!